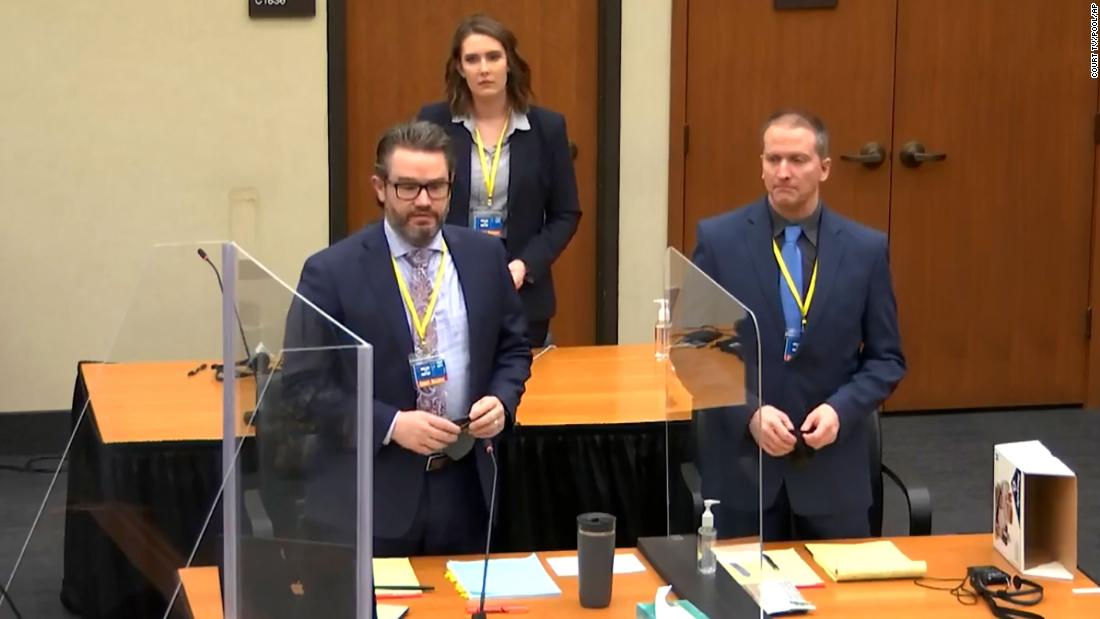 Donald Wynn Williams II began testifying on Monday as the third witness in the trial. Drawing on his own MMA experience, he said Chauvin performed a “blood choke” on Floyd and adjusted his positioning several times to keep the pressure on Floyd’s neck.

He testified that he watched Floyd gasp for breath, his eyes rolling to the back of his head and blood starting to come out of his nose.

His testimony was abruptly cut short on Monday due to a technological issue.

Opening statements in Chauvin’s trial came 10 months after Floyd’s death, which sparked a summer of protests, unrest and societal consideration of America’s past and present against anti-black racism and aggressive police.

In his opening remarks, attorney Jerry Blackwell said Chauvin used excessive and unreasonable force when he knelt on Floyd for 9 minutes and 29 seconds – a different number from the infamous 8:46 am timing which has become a symbol of police brutality. Chauvin’s defense accepted the new timing as accurate.

Blackwell also played the heartbreaking video and audio of Floyd’s death recorded by a spectator to bolster his point. In response, defense attorney Eric Nelson argued that Chauvin was undergoing his police training and said Floyd’s cause of death was a combination of drug use and pre-existing health issues.

“The use of force is not attractive, but it is a necessary component of policing,” he said.

The first day of witness testimony also featured a Minneapolis 911 dispatcher. She was able to watch live video of Floyd’s arrest at the time and then called a police sergeant to share her concerns about the arrest.

A worker at a Speedway gas station across the street also testified as prosecutors showed videos she had filmed of Floyd’s arrest.

The trial is being broadcast live in its entirety, giving audiences a rare glimpse into the most important case of the Black Lives Matter era. The testimony of witnesses at trial is expected to last approximately four weeks, followed by jury deliberations.

Chauvin could be convicted on all, some or none of the charges. Minnesota’s sentencing guidelines recommend about 12.5 years in prison for each murder charge and about four years for the manslaughter charge.