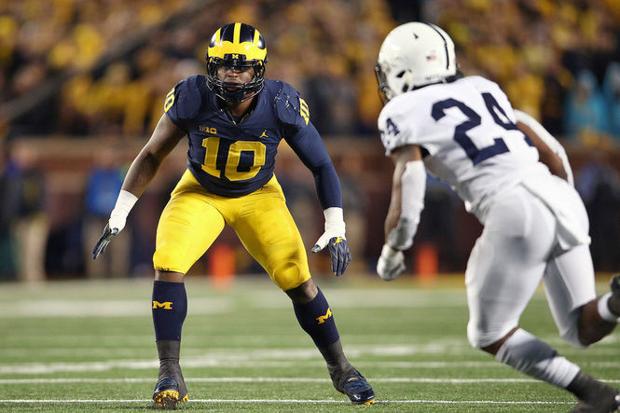 Bush has been named defensive player of the year in the league and linebacker of the year, one of the five honored Michigan players.

The junior linebacker, Bush has totaled 79 tackles – 9 for a loss – and five sacks, as well as six missed passes, in 12 starts this season at the linebacker. He is now part of the first team twice coaches, who elected him after 2017.

The pilot from Pembroke Pines, Fla., Is a projected pick for the April NFL's first draft round, according to ESPN's Mel Kiper, who has announced his intention to make a decision by late December or early January. Rashan Gary announced Monday that he would give up his senior season and leave for the repechage.

Regarding the Michigan baseball game, yet to be determined, Bush said he wanted to play.

"I still have things I need to talk to my coaches and my family," Bush said. "But I'm definitely going to bowl."

The 2018 All-Big Ten Defense selected by #B1GFootball the coaches. pic.twitter.com/eSzT3SFmYo

It was the second consecutive season that Gary and Winovich had won honors in the league. Hill and Long, both junior, were selected for the second team and an honorable mention in 2017, respectively.

Security Josh Metellus was a unanimous defensive selection of the second team.

Will Hart, averaging 47.59 yards per shot, was named the best kicker of the year. Donovan Peoples-Jones was a specialist on the third team.