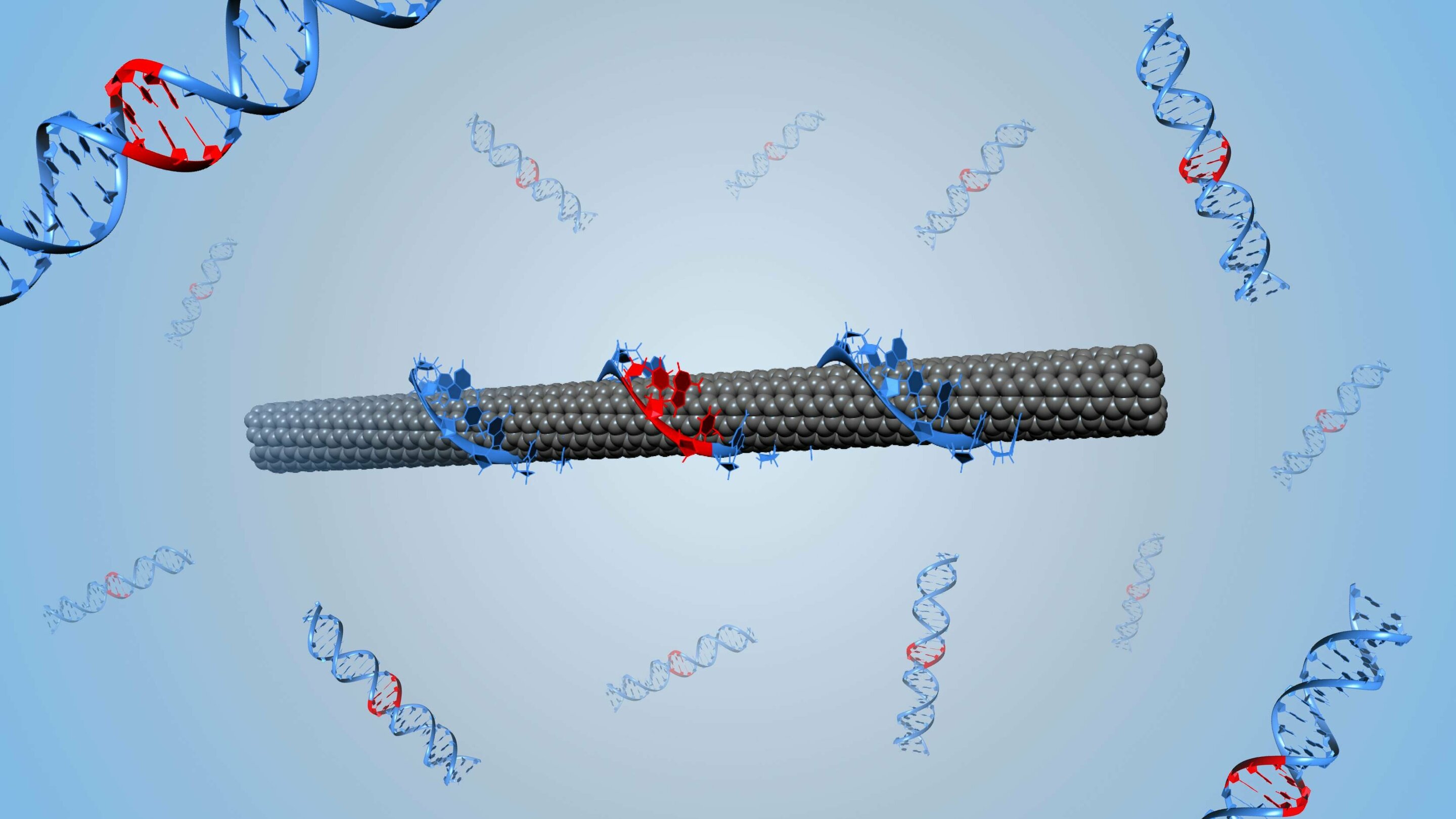 Scientists at Ardemis Boghossian's laboratory at EPFL have been able to use directed evolution to build not proteins, but synthetic nanoparticles. These nanoparticles are used as optical biosensors – tiny devices that use light to detect biological molecules in the air, water, or blood. Optical biosensors are widely used in biological research, drug development and medical diagnostics, such as real-time monitoring of insulin and glucose in diabetics.

"The beauty of directed evolution lies in the fact that we can design a protein without even knowing how its structure is related to its function," says Boghossian. "And we do not even have this information for the vast majority of proteins."

His group has resorted to directed evolution to alter the optoelectronic properties of single-walled carbon nanotubes wrapped in DNA DNA. When they detect their target, the SWCNT-DNAs emit an optical signal that can penetrate through complex biological fluids, such as blood or urine.

Using a directed evolution approach, the Boghossian team was able to design new DNA SWCNTs with optical signals increased up to 56% – and this, only over two cycles of # 39; s evolution.

"The majority of researchers in this field are content to select large libraries of different materials in the hope of finding one with the properties they are looking for," Boghossian says. "In optical nanosensors, we try to improve properties such as selectivity, brightness and sensitivity.Applying a directed evolution, we provide researchers with a guided approach to the engineering of these nanosensors."

The study shows that what is essentially a bio-engineering technique can be used to more rationally adjust the optoelectronic properties of some nanomaterials. Boghossian explains: "Areas such as materials science and physics are primarily concerned with defining the structure-function relationships of materials, which makes materials difficult to handle." a problem that nature has solved billions of years ago – and biologists have also addressed this topic.I think our study shows that as scientists and physicists of materials, we can still draw some lessons pragmatic biologists. "