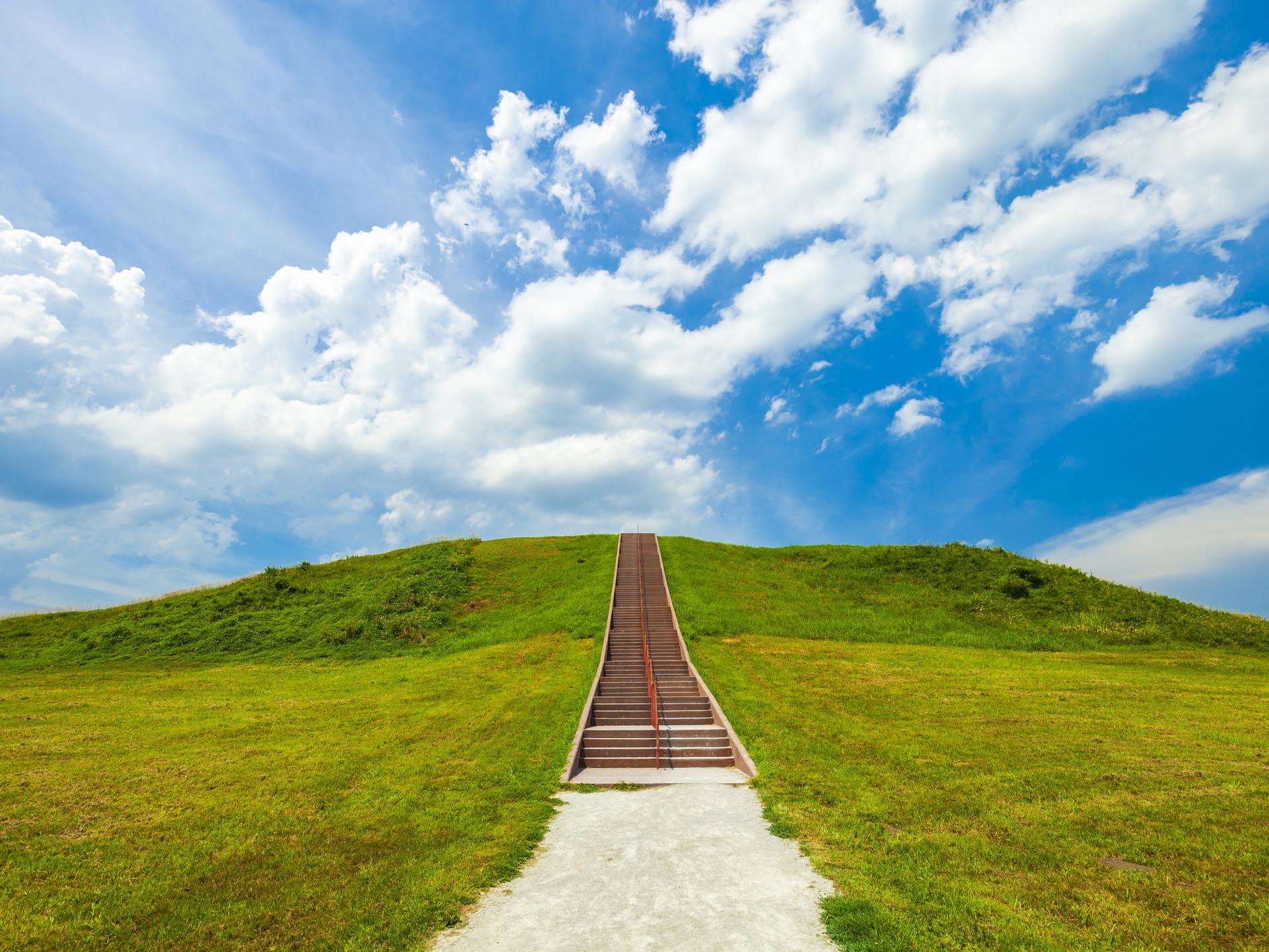 Traces of human faeces found in a lake revealed what led to the fall of one of the largest ancient cities in the Americas.

Cahokia was once a prosperous cosmopolitan establishment, located on the other side of the Mississippi River, on the outskirts of the modern city of St. Louis.

With its large mounds of earth topped with temples and morgues, the city was the largest urban center north of the stepped pyramids of Mexico and Central America at that time.

While it sheltered a population which counted tens of thousands of people at its peak, those who lived there seem to have already left the site at the time of the arrival of the Europeans on the continent.

Archaeologists have long debated the mystery of the fall of Cahokia, which had its peak around 1100. New evidence has now been found, based on washed excrement of the ancient city.

Scientists followed the history of the area with samples taken from nearby Horseshoe Lake in southern Illinois to track both historical changes in the human population and the weather situation.

They concluded that a period of climate change accompanied by droughts and floods had driven thousands of people out of the city.

"When we see correlations with the climate, some archaeologists do not think the climate is for anything, but it's hard to maintain this argument when evidence of significant climate change shows that people are facing new challenges." said Professor Sissel Schroeder. , anthropologist at the University of Wisconsin-Madison.

The study was based on fecal stanols – molecules produced in the human gut that can persist in the environment for thousands of years.

By taking sediment samples from the bottom of the lake, the researchers were able to follow the changing size of the population over the centuries, the Cahokia site having been inhabited.

The more people there live and defecate at a given time, the more stanol they find in the corresponding sediment layer.

At the same time, the same lake samples could reveal signs of climate change during the period – for example, changes in precipitation, which can be determined by oxygen concentrations in the sediments.

Past rainfall can be measured by examining the ratios of different forms of oxygen in the samples.

The decrease in summer precipitation would have made the population vulnerable as it would no longer have been able to grow the corn on which it relied to survive. Around the year 1400, the city was abandoned.

Dr. Schroeder said the work of his team, published in the newspaper Proceedings of the National Academy of Sciences, still has relevance for communities living with climate change today.

"Crops can be very resilient to climate change, but resilience does not necessarily mean there is no change. There may be cultural reorganization or the decision to move or migrate, "she said.

"We can see similar pressures today but fewer options to move."