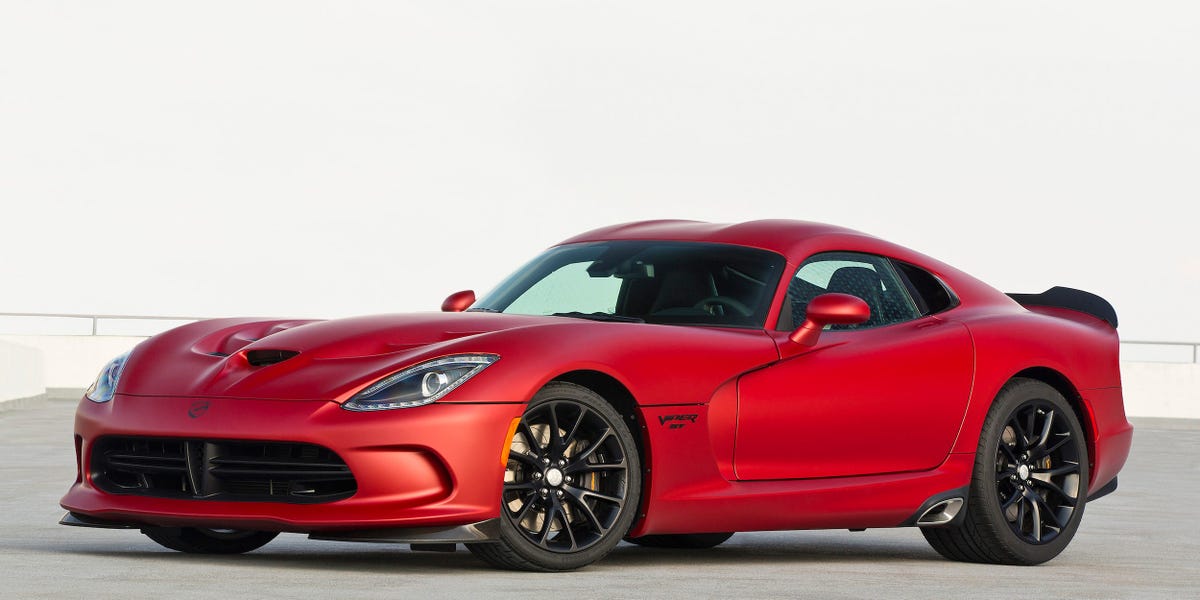 As automakers release their year-end sales reports, it’s always fun to keep an eye out for funny quirks. Here’s one from Fiat Chrysler, which managed to sell four (4) Dodge Vipers in 2020 – a car that had been discontinued three years earlier.

FCA released its fourth quarter and full year sales results on Tuesday. Only the Jeep Gladiator pickup truck and the Alfa Romeo Stelvio SUV managed to record positive sales in 2020 compared to 2019, but by far the most interesting information present was the fact that the manufacturer managed to sell four Vipers.

It is not totally unheard of for dealers to continue to sell cars after they are discontinued. Sometimes dealerships buy cars from manufacturers, but they won’t sell them immediately, keeping them as showpieces or demo vehicles. This is exactly what happened with a handful of 2012 Lexus LFAs that turned out to be unsold at dealerships in 2017.

It’s unclear which dealers sold the Vipers, but it’s heartwarming – but not surprising – to know that there are still new ones people want to buy. That’s because the Dodge Viper was one of the most iconic American muscle cars ever made.

It started life in the early 1990s with an 8.0-liter V10 engine, six-speed manual transmission, canvas roof, no exterior door handles, no air conditioning, no airbags, no traction control and no ABS. In other words, a perfect vehicle.

It is known that most Viper models had side-exit tailpipes located just under their doors. As do the exhaust pipes, these tended to heat up after long periods of driving and owners could burn their ankles and calves when exiting the vehicle if they weren’t careful. Again, this was a feature and not a bug.

By the time the fifth generation Viper arrived in 2013 – the last generation – the car was actually quite refined. Granted, the engine had been enlarged to 8.4 liters and produced a claimed 640 horsepower, but it had as much technology as other modern sports cars: electronic stability control, ABS and traction control.

In 2017, the Viper officially ended production because it could not meet the new safety standards that came into effect in September of this year. The Viper’s low sales figures probably didn’t do it any favors either. Motor Trend reported in 2017 that only 630 Vipers had been sold the previous year.

Shortly after production ended, the Viper’s factory was transformed into a warehouse of historic FCA cars. The very last Dodge Viper built was auctioned off along with the latest Dodge Challenger SRT Demon and the pair grossed $ 1 million.

At least the Viper wasn’t FCA’s worst seller of 2020. That price goes to the Ram Cargo Van (one sold) and the Jeep Patriot (three sold). The latter was discontinued at the end of 2016 and considerably less cool than the Viper.