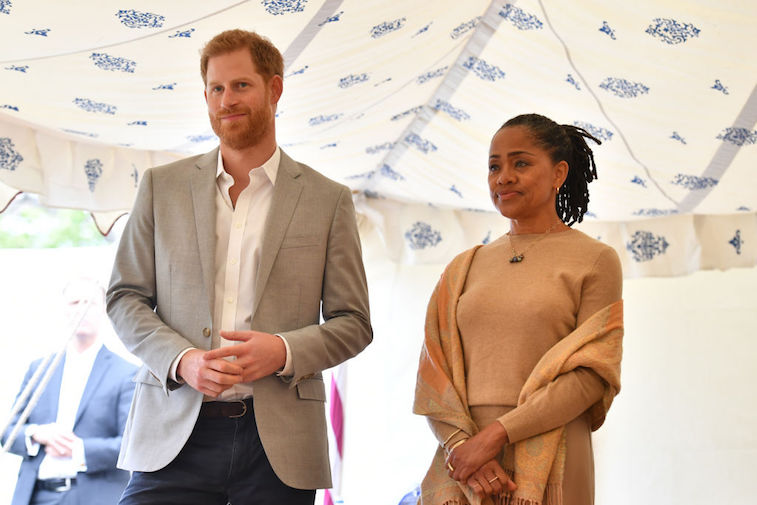 Prince Harry and Meghan Markle have been married for a little less than a year. And since then, there have been many dramas in Meghan's family. However, Meghan's mother, Doria Ragland, did not seem to cause any drama. But at the same time, she does not spend too much time with Harry. So what does Harry think of his mother-in-law?

Doria and Harry have only met a handful of times

Although the two are now linked, Doria and Harry do not spend much time together – and distance is probably the reason. Doria still lives in California while her daughter and Harry have settled in Harry's home in the UK, and the distance keeps them from meeting. Obviously, Doria spent some time with the couple when she went to the UK for their wedding. She returned again in September 2018 to attend a cookbook event with both. But other than that, Harry and Doria barely spent time together. On the benefits side, they probably did not find much to dislike others.

Harry's family is in the same boat as the prince when it comes to spending time with Meghan's mother. Nor did the royal family spend much time with Doria. However, it seems that the queen has a lot of respect for her. The Queen invited Doria to have tea with her and Prince Philip upon his arrival for the royal wedding. This shows that the Queen has high esteem for Meghan's mother and for Meghan. Doria and the queen sat down and had a good time together, although Queen Elizabeth did not spend much time with her since.

Harry and Doria seem to have a close relationship

Although Harry and Doria do not often end up in the same place, that does not mean they do not communicate at all. Nowadays, with so much technology, people can be in touch with each other constantly. Relatives of the royal family said that Harry and Doria had very good relations. Doria joined Meghan in 2017 for the Invictus Games in Toronto, where they both supported Harry. The prince was probably delighted to see that his future mother-in-law was trying hard to get to know him.

According to rumors, Doria will move to the UK at the birth of Baby Sussex.

With the arrival of Meghan and Harry's first child, rumors ran that Doria would actually move to the UK when the new baby arrived. Although Meghan would like that more than anyone else, if that's true, then Harry obviously has to agree with that too, which speaks volumes about their relationship. Harry lost his mother when he was young, so there is no such mother figure for the couple who can show them the ropes of parenting. They would have sought advice from Prince William and Kate Middleton, but having this third pair of hands to take care of the baby could be very beneficial to them.

Barack Obama knows who he wants to play him in a biopic, and his choice might surprise you

BTS Chart Seven songs on the Hot 100 at once, a new record among Korean artists