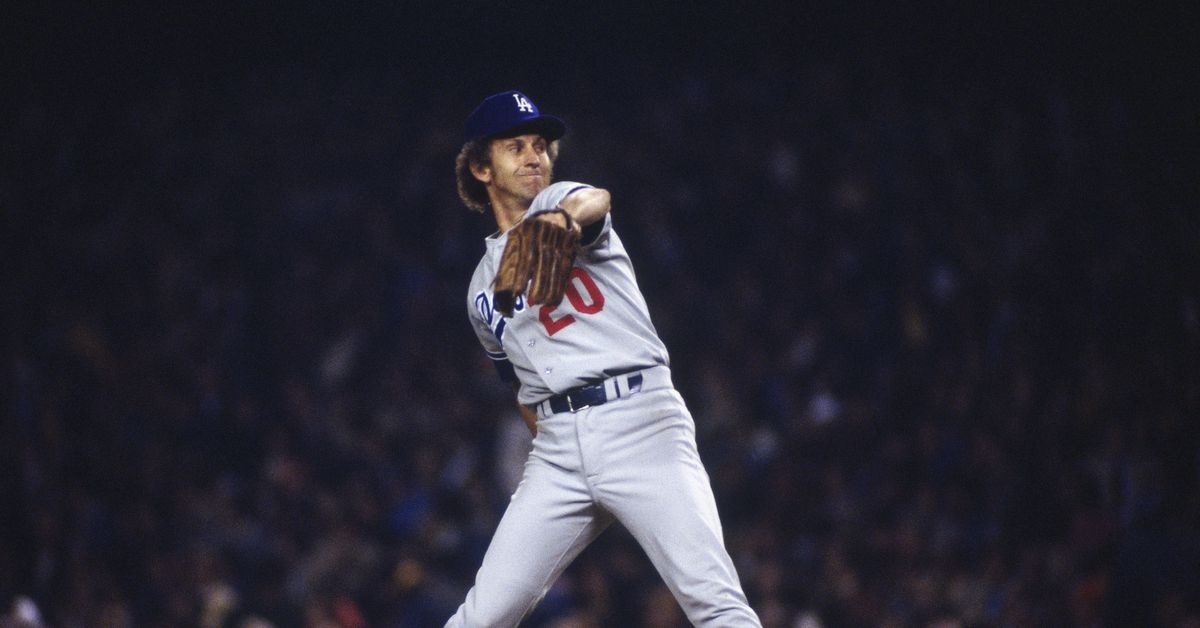 Don Sutton, a Hall of Fame pitcher and multiple Dodgers franchise record holder, died in his sleep Monday night. He was 75 years old.

Sad to report that my father passed away in his sleep last night. He worked as hard as anyone I have ever known and he treated those he met with great respect … and he took me to work a lot. For all these things, I am very grateful. Rest in peace. pic.twitter.com/cvlDRRdVXa

Sutton’s playing career has been notable for his longevity, having pitched for 23 years, but also for his impact. The career totals are mind-boggling. Sutton is third all-time in games started (756), behind only Cy Young and Nolan Ryan. Sutton is also in the top 10 in innings pitched (5,282⅓), strikeouts (3,574) and shutouts (58).

Signed by the Dodgers in 1964, a year before the MLB instituted an amateur draft, Sutton made the majors at age 21 in 1966 and immediately impressed, starting 35 games with a 2.99 ERA for a winning pennant. He pitched 225 innings in that first season and never pitched less than 207 innings in any of his first 15 seasons with the Dodgers.

“I wish Walter Alston could be here. When I joined the Dodgers in ’66, I joined the man as a manager who was an extension of my relationship with my father, in more ways than one, ”recalls Sutton in his induction speech at the Hall of Fame in 1998. “He once said. I was the second most stubborn person he had ever met. I asked him who was first. He said, “I am. And it would do you well to remember that. ”

From 1966 to 1980, Sutton averaged 34 starts and 249 innings per season, an absolute mainstay of the rotation that finished in the top 5 of the National League’s Cy Young Award vote for five consecutive years (1972-76) . Extract from the SABR biography of Gregory H. Wolf of Sutton:

“I never wanted to be a superstar or the highest paid player,” Don Sutton said. “[A]I wanted to be appreciated for the fact that I was consistent, reliable and that you could count on me. By this measure, Sutton achieved his goal and more, as few pitchers in baseball history were as reliable and healthy, as long as the right-hander.

Sutton was a big game pitcher, winning his first five playoff decisions for the Dodgers and posting a Lifetime ERA of 3.68 playoffs, including 3.34 in 10 starts with the Dodgers. Sutton’s seven starts on opening day shared a franchise record with Don Drysdale who has since been beaten by Clayton Kershaw.

Sutton defeated Jim Palmer on the last day of the 1982 season in Baltimore, winning an AL East Division title for the Brewers.

Sutton was also outspoken and honest, which served him well over his three decades of broadcasting, most of which came with the Braves. That honesty has sometimes rubbed some teammates the wrong way, like when he told Thomas Boswell of the Washington Post in August 1978, “All you hear about on our team is Steve Garvey, the All-American boy. Well, the best player on the team for the past two years – and we all know that – is Reggie Smith. As Reggie goes, so do we.

“Reggie doesn’t go out to make himself known. He doesn’t smile at the right people and say the wrong things. He tells the truth even though it alienates people. Reggie is not a facade or an image of Madison Avenue. He’s a real person. (1)

“I’m an unspectacular grinder who has stayed 21 years and done my part,” said Sutton. (2). “It’s nice to know, of course, that there is more than one way to do something.”

It was Sutton’s 20th season with at least 200 innings, the most pitchers in history. It would have taken 21 seasons without the shortened 1981 strike season, in which Sutton pitched 158 ⅔ innings. His 20 seasons with at least 30 starts are also the most important.

Sutton returned to the Dodgers at age 43 in 1988, and made 16 starts for the World Series winners. But he struggled this past season, with an 86 ERA +, and was finally released in August to make room for rookie Ramon Martinez.

“Today we have lost a great baseball player, a great broadcaster and most of all, a great person. Don left an indelible mark on the Dodger franchise during his 16 seasons in Los Angeles and many of his records continue to stand to this day, ”said Dodgers chief executive Stan Kasten, who has also worked with Sutton, broadcaster for the Braves and the Nationals. .

Sutton spent 28 seasons calling the Braves games. “Don brought unparalleled knowledge of the game and his sharp wit to his calls. But for all his successes, Don never lost his generous character or his humble personality, ”the Braves said in a statement.

Voting lasted five years, but Sutton was elected to the Baseball Hall of Fame in 1998 with 81.6% of the vote.

The Dodgers retired Sutton’s number 20 on August 14, 1998. It was one of 10 uniform numbers the team retired. With Sutton passing and Tommy Lasorda passing on January 7, Koufax is the only Dodger with a retired number who still lives.

It is a testament to the longevity of Sutton that he bridged for generations. He started his career behind Sandy Koufax and Don Drysdale in the Dodgers rotation, and ended it with Orel Hershiser, Fernando Valenzuela and Martinez.

Sutton was an unusually durable pitcher whose place in baseball and Dodgers history is assured. He will be sorely missed.