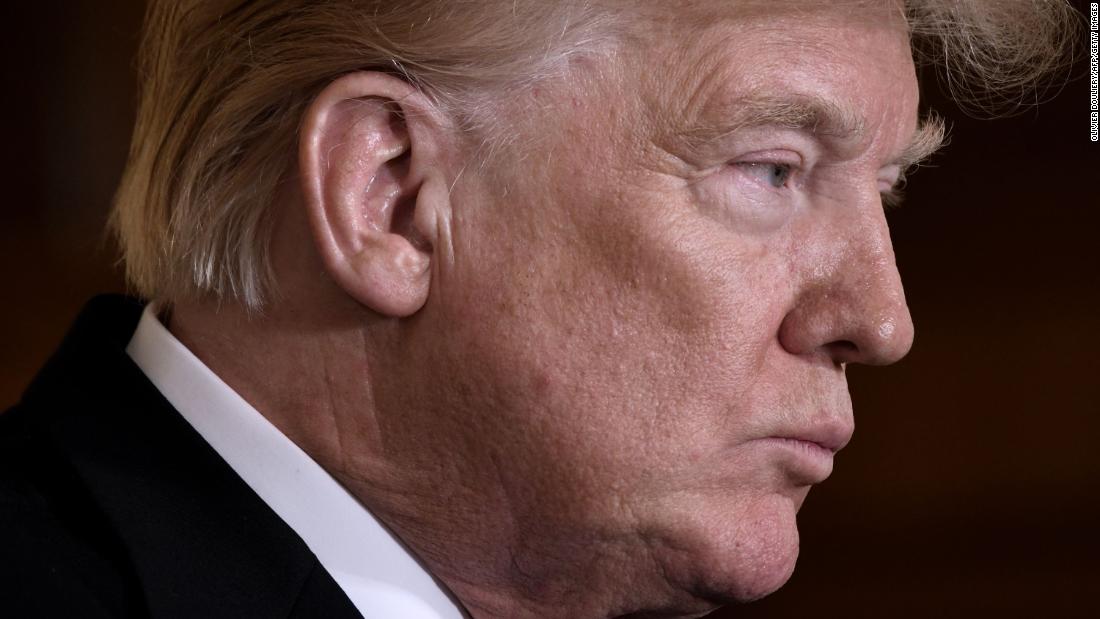 Here is Trump on this subject in an interview with Maria Bartiromo of Fox Business Network published Friday morning:

"It's always interesting for me because a deputy who did not get a vote, appoints a man who did not have a vote, he'll write a report about me." have had one of the biggest election victories in history.you say that's true? they came from the valleys, rivers, cities, from everywhere, they voted at the One of the largest elections in the history of our country, and now I have a man, because we have a Attorney General who – no one can even believe that he will not let me in. did not say, but he objected – then I have a man who is a deputy whom I do not know and whom I did not know all, and he points to a man who had just left my office , I did not give him the job at the FBI, [James] Comey is his best friend, but listen, you know it better than anyone else, you've been very fair, but listen, I have a deputy, instruct a man to write a report about me, to make a decision as to my Presidency? People will not stand it. "

This trump diatribe is consistent with the argument that he presented Wednesday before leaving the White House for a speech in Ohio. "It is interesting that a man was appointed by a deputy, he wrote a report, you know, you never understood," he said. "I had the biggest electoral victory – any of them – in the history of our country, a tremendous success.Tens of millions of voters.And now , someone will write a report that never got a vote. "

Although rational argumentation – especially with regard to the Mueller probe and its final report – has never been Trump's strong point, this last argument (and perhaps the last one) makes absolutely no sense. Trump suggests that because neither Deputy Attorney General Rod Rosenstein, the founder of the special council, nor Mueller was elected – and that Trump was – they have no rights to judge him.

It also reflects Trump's general lack of knowledge – or concerns – about the traditional separation between a president and his ministry of justice. Trump never really understood that the department did not exist to investigate those he would like to see. The Ministry of Justice respects, apparently, the laws of the land, not the personal peaks of a president.

However, there is even another level where Trump's attack against "unelected" officials of the Department of Justice makes no sense. Trump chose Jeff Sessions to execute Justice. And Sessions chose Rosenstein as his deputy. While neither of the two men won the election for their positions, they were chosen – by Trump !!! – serve in their roles. It is therefore difficult to see how Trump can now credibly claim that, since Rosenstein was not elected, he should not be allowed to pass judgment on a president. Rosenstein got the only vote that really matters – the president's vote! (Or, at a minimum, the vote of the type – Sessions – that the President had charged with justice.)

None of these facts seems to be of much importance to Trump. His argument is simple: I won. These guys do not. So, how can a winner be judged by people who have never even played the game?

For Trump, his electoral victory in 2016 – one of the most unlikely victories in the history of the presidency – should isolate him from those like Mueller and Rosenstein. He won! Millions of people voted for him! How do these unelected bureaucrats dare to challenge him!

Of course, this is not how our democracy works. The president is not a king. Earning an election does not make you immune to criticism or even an investigation.

It's a lesson that Donald Trump has not learned yet.