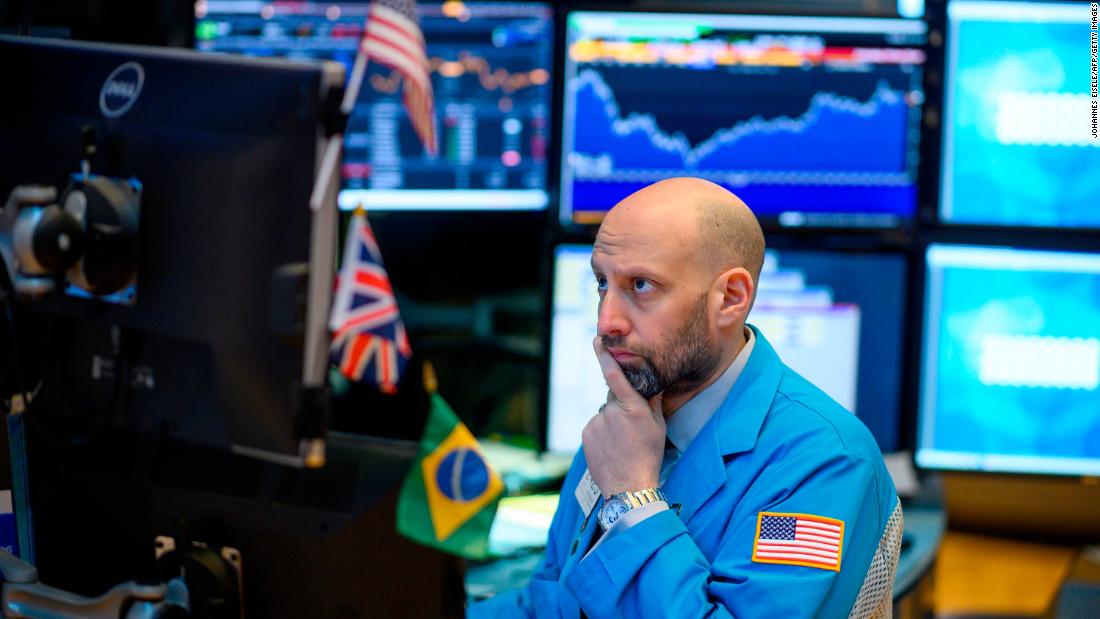 For the first time since 2007, 3-month Treasury yields outperformed the 10-year Treasury rate – a move that scared Wall Street and plunged the Dow. Investors returned to equities after liquidation at the end of 2018.

The flattening of the yield curve, or the difference between short-term and long-term rates, has worried investors for months. A small gap is generally perceived as a sign of long-term loss of confidence in the economy, which could signal a potential economic contraction.

Friday's flip added to an already difficult start for the Dow, down about 1.5%.

The index stumbled to the opening bell on poor German manufacturing data, which also sowed confusion on the country's bond market. The yield on 10-year German government bonds fell below zero for the first time since October 2016.

All of this news feeds Wall Street's lingering worries about slowing global growth.

Last year, Larry Kudlow, economic advisor to the White House, told CNBC that it was important to monitor the gap between Treasury yields at 3 months and 10 years.

"It's really not 10 to 2, but 3-month treasury bills," Kudlow said last May. He was referring to the gap between Treasury yields at 2 months and 10 years, which is also closely watched.

The Dow was not the only major US index to record losses on Friday. The S & P 500 lost more than 1.5% at midday. The Nasdaq was also down about 2%.

Michael Darda, chief economist and market strategist at MKM Partners, said in a note that investors should wait for weekly and monthly averages to show a reversal before reading it as a "powerful signal of recession".

And he noted that on average, recessions occur 12 months after an inversion – and not immediately.