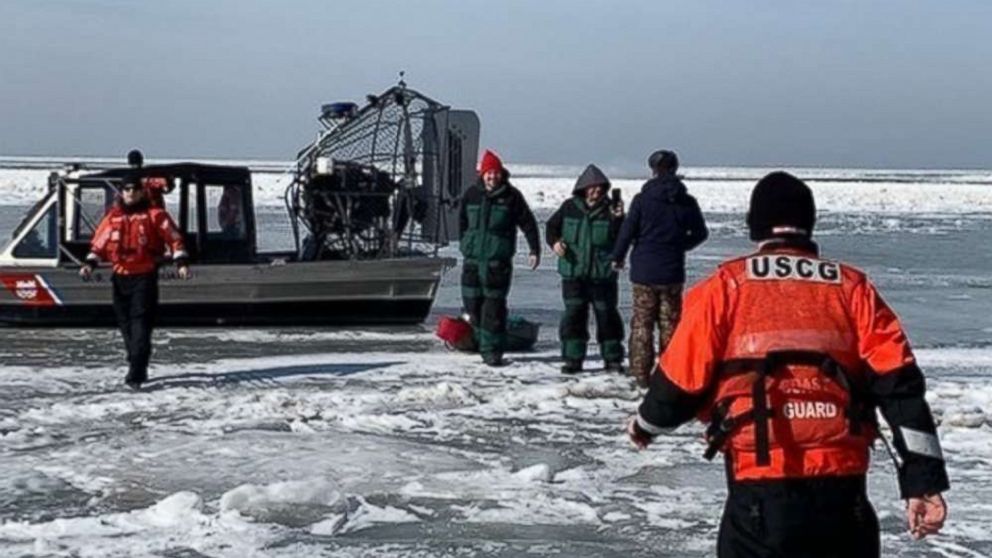 An ice floe became a nightmare for dozens of Lake Erie fishermen on Saturday afternoon, after rising temperatures caused the block of ice on the shoreline to slip.

The US Coast Guard was forced to rescue 46 ice fishermen near Catawaba Island, Ohio, after the plates escaped and began to fly with them.

When the ice started to break and separate from shore, about 100 other fishermen were able to return to the mainland. The coastguards were called upon to rescue the remaining fishermen with the help of Catawaba Island fire, Put-in-Bay fire and South Shore towing.

"As soon as we had our lines, a guy started screaming and we knew something had happened," said fisherman James Gibelyou, an affiliate of Cleveland ABC, WEWS.

"Running through, guys were falling in," Gibelyou continued. "I decided to stay back, I knew it was better to wait for the rescue."

Gibelyou said that he had waited a few hours to be rescued and that he had floated about three kilometers into the lake.

No injuries have been reported.

The high temperatures at Sandusky, a few miles south of Catawaba Island, were relatively mild at 41 degrees Saturday. The maximum four days earlier was 19 degrees.

The water temperature in Lake Erie was 33 degrees off Toledo, Ohio on Saturday, according to the National Weather Service.

Ice fishing is a popular hobby along the northwestern coast of Ohio. Walleye, yellow perch and smallmouth bass are common phenomena in the western basin during the winter season, according to the Division of Wildlife of the Ohio Department of Natural Resources.

"As temperatures begin to rise, the Coast Guard is urging people not to go out on the ice," the service said in a statement. "Ice may seem safe but it is difficult to visually determine its thickness and the increase in warm weather will continue to melt and weaken the ice."

Everyone was rescued at 11:15, said the Coast Guard.