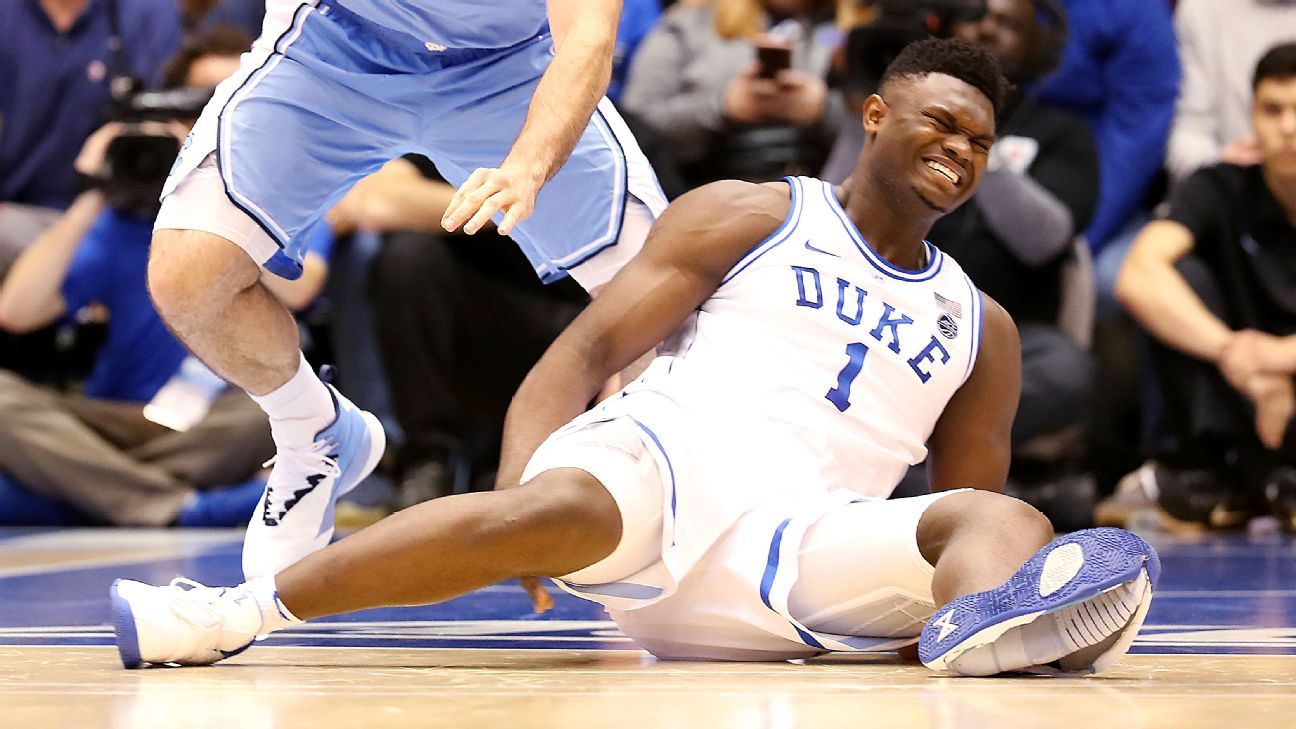 DURHAM, N.-C. – Zion Williamson, sensation of the first year duke, left the field of play and left the crowd stunned just 36 seconds after the start of the biggest game of the season, a visit from rival North Carolina Wednesday night.

The first year striker injured his knee after appearing to be a malfunction in his left Nike basketball shoe. The shoe seemed to break, causing his legs to flex. He immediately took off his shoes and favored his right leg while leaving the field with a Duke staff member.

After several minutes on the bench, having his knee examined by the team doctor, Williamson made his way to the locker room.

Former President Barack Obama, sitting along the base line near the Duke's bench, sent encouragement to Williamson as he was leaving the court.

An all access series documenting the preparation of the Blue Devils for the 2018-2019 season, exclusively on ESPN +. Watch on ESPN +

In the final minutes of the first half, Duke officials announced that Williamson would not return to the match, describing the injury only on his "knee".

Duke initially struggled in his absence, falling behind the two-digit UNC and rallying briefly before finishing 42-32 at the break.

Williamson, the second-leading scorer in the ACC with 22.4 points per game, has emerged as the most exciting player in college basketball with his array of dunks and athleticism once in a generation.