Earthquake in Oregon today: no injury after the magnitude 6.3 earthquake off the coast of Oregon 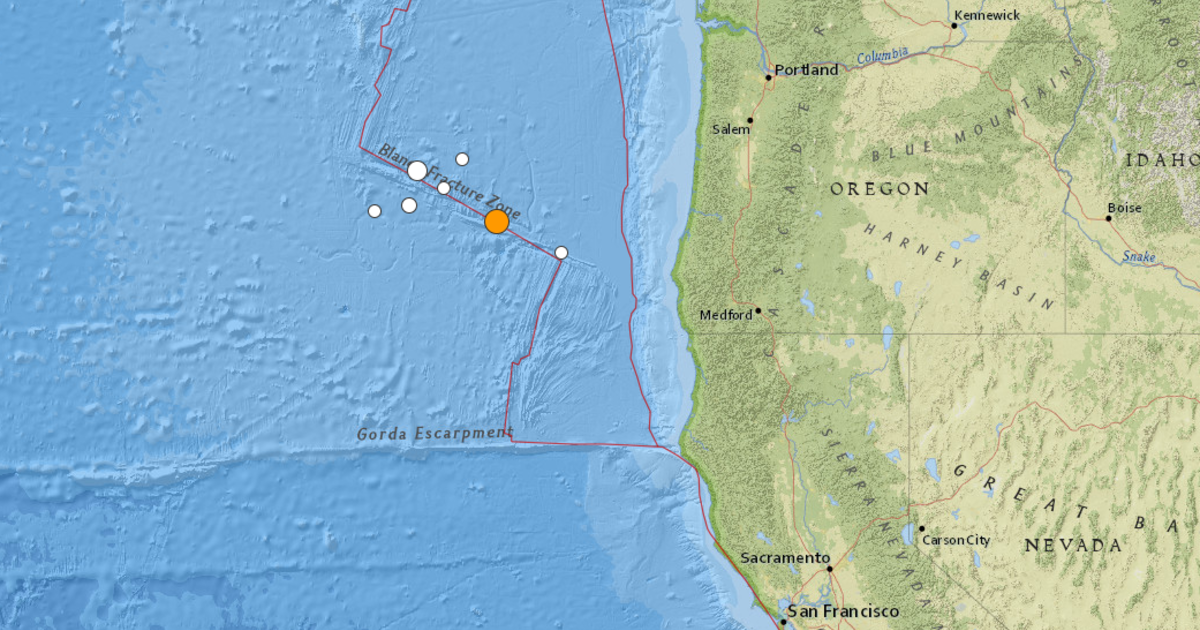 An earthquake of magnitude 6.3 hit Thursday off the coast of Oregon, but did not cause a tsunami or cause damage or injury, the authorities said. The epicenter of the earthquake, which struck just after 8 am, was located about 150 miles from the town of Bandon, at a depth of 7 miles in the Pacific Ocean.

The earthquake was caused by sliding along an offshore fault called the Blanco Fracture Zone and has nothing to do with the more well-known Cascadia Fault, which would have been expected for a major earthquake in the north Western Pacific, said Paul Bodin, director of the Northwestern Pacific Seismic Network at the University of Washington.

The event also has no connection with a group of "episodic landslides" along the Cascadia tectonic plate boundary that have released energy on the Pacific Northwest coast. in the last ten to ten days, he said.

These landslides are not felt by humans but by monitoring devices located around the Olympic Peninsula in northwestern Washington State and also extending from Eugene to Siskiyou Mountains on along the border between Oregon and California, according to the Pacific Northwest Seismic Network.

Slips along the Cascadia slowed down two days ago after a fairly active week, Bodin said. "Who knows what Mother Earth is trying to tell us, but as far as we know, the earthquake of today is … in a very surprising place," he said. declared.