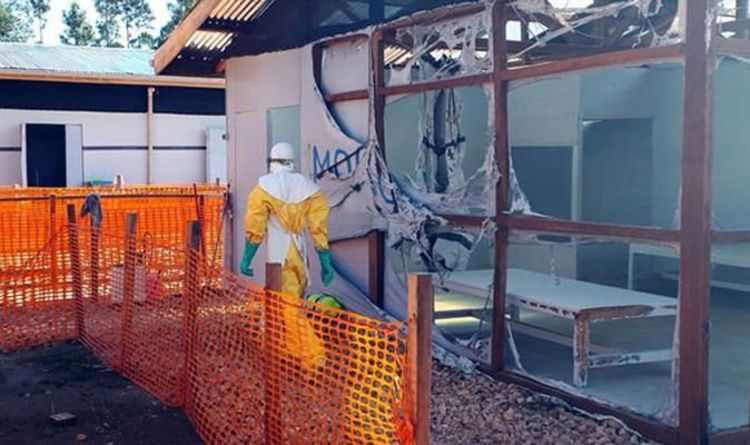 The armed assailants yesterday attacked the center run by the French charity Medicines Sans Frontières (MSF) in the eastern region of the Democratic Republic of Congo. The identity and motives of the attackers are unknown, but it comes two days after a crowd burned down another center, resulting in the death of a man. According to the country's health ministry, none of the center's 40 patients were injured, but four of them fled during what MSF called a "deplorable" attack on the Butembo center.

In a statement, MSF said: "This attack has not only endangered the lives of patients with Ebola and their families, but also that of MSF staff and the Ministry of Health.

"Our efforts are currently focused on the immediate safety of staff and patients."

On Sunday, attackers set fire to a treatment center in Katwa city, in the east of the country devastated by the Ebola virus.

Currently locked in a civil war, the country is affected by the worst Ebola outbreak that has claimed 540 lives, according to MSF.

In just six months since the beginning of the epidemic, 870 patients have been confirmed, the epidemic having spread to 19 regions of the country.

Emmanuel Massart, MSF's emergency coordinator in the city, said after the attack on Katwa on Sunday: "This attack was traumatic for the patients, their relatives and the staff inside the center.

"It has also crippled our ability to respond to what is now the epicenter of the epidemic."

Although the motive for these two attacks is unknown, there is a lot of mistrust of the community about charity.

Meinie Nicola, MSF's general doctor, also added: "Although the reasons for the attack are unclear and such violence is unacceptable, we know that the organizations involved in the response to the Ebola virus – including MSF – have not managed to win the trust of a large part of the company. population.

"Everyone involved in this response must change their approach and truly commit to community grievances and fears."

Despite the successes in the fight against the virus in Mangina and Beni, MSF is trying to control the epidemic.

Discovered for the first time in the Congo in 1976, it is the second most deadly haemorrhagic fever since its discovery in the country.