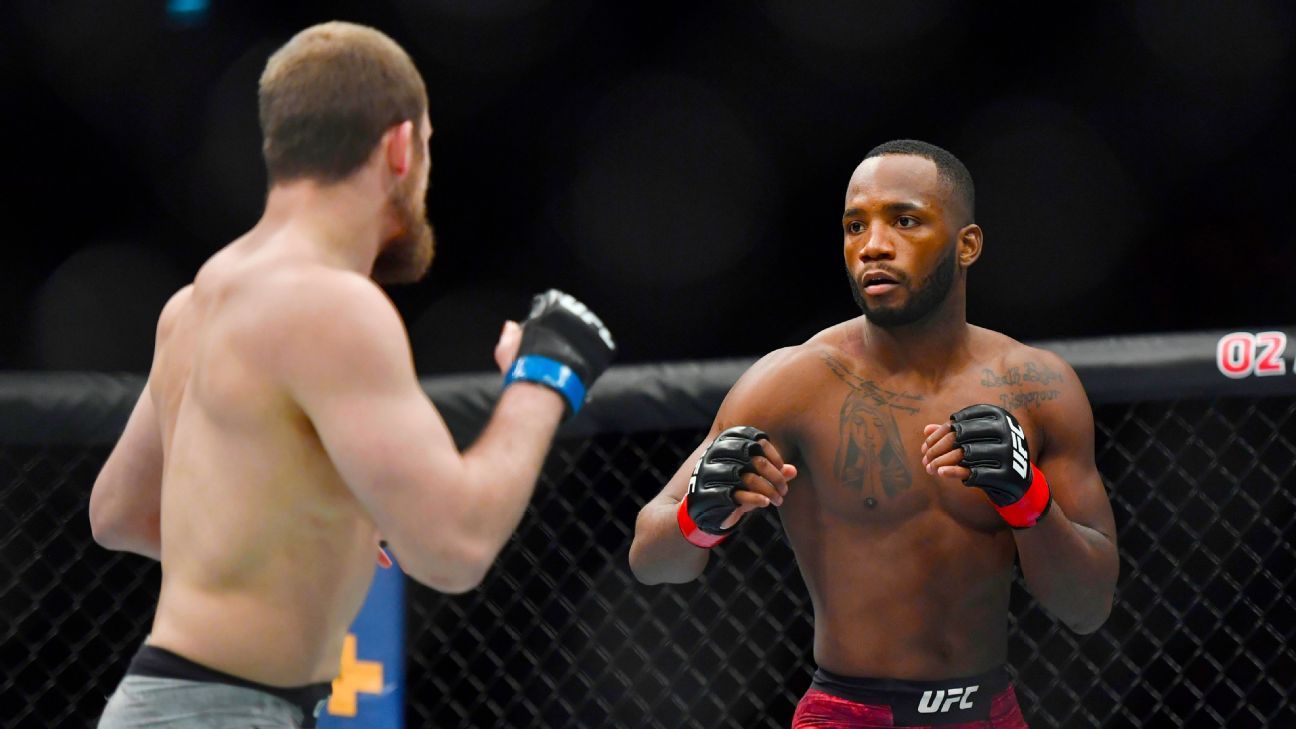 Masvidal, during a live interview with ESPN, went halfway to face Edwards. Masvidal then gave some punches to Edwards' face, leaving a cut under his left eye.

On Monday, Edwards spoke of the incident for the first time.

"We were both media," Edwards told Ariel Helwani's MMA Show. "I passed in. He was staring at me.I said:" Is there any fighting in July? "He came out of his talk, I also headed to him, then he fired two shots and that's all.

"It's really a lot of nonsense, but its day will come."

Masvidal told ESPN's Brett Okamoto late Saturday night that he was "defending" because "this thug threatened to kill me".

"I had my hands back to signal that I was not coming here with problems," Masvidal said. "But he raised his hands, it 's on the video, and he' s headed for me.Well, where I come from, you do that, you will hit me in the face. And that will not happen.

"I gave him a three-piece with the soda and I escaped."

Edwards, who said he received two stitches for the cup, explained that Masvidal's reasoning was a lot of lies.

"Who does that, why would I walk to him with my hands in the air?" Edwards said. "If I did it, he could not bring me back, he fired a few shots and the security got us back, and that was all, that was the whole situation, it would never happen again. . "

The altercation behind the scenes eclipsed the stellar performances of Masvidal and Edwards.

Masvidal (33-13) bounced back after two fights to defeat former UFC welterweight title challenger UFC, Darren Till, in the second round in the country of origin of his opponent.

Edwards (17-3) is now in a seven-game winning streak after defeating Gunnar Nelson in three rounds.

"What I did Saturday at Gunnar Nelson – this should be the main subject," Edwards told Helwani on Monday. "I think I deserve the title for now, but this fight [against Masvidal] must occur before or after. This fight will happen. "