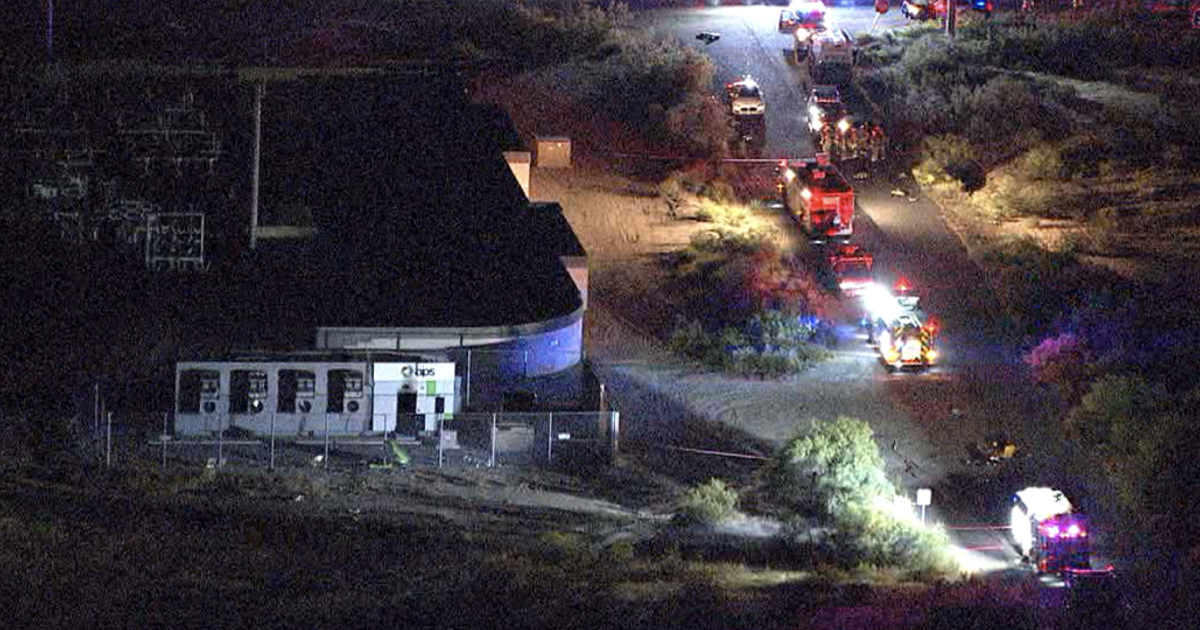 SURPRISE, AZ – Eight firefighters were taken to the hospital following an explosion at an APS facility in Surprise on Friday night.

According to Peoria fire officials, many fire departments were investigating a battery fire in the McMicken energy storage facility near Grand Avenue and Deer Valley Road at an APS substation. when an explosion occurred, injuring four members of the Peoria Fire Department. Three of the firefighters were taken to the Maricopa County Hospital. According to a spokesman for the city of Peoria, one of them was in critical condition and two in serious condition. A fourth was transported to another hospital in the region in a stable state.

In addition, four firefighters from the surprise fire department were taken to local hospitals for assessment, police said. The state of the injured firefighters is unknown. However, their injuries do not seem to put their lives in danger.

The third man has just arrived by ambulance.
He was sitting upright and seemed to be alert and aware.
You can see, family and friends have started to arrive. pic.twitter.com/n7IMheS8qp

The roads are closed along the Grand Avenue, according to ADOT.

The cause of the explosion remains in the study.

Stay with ABC15 and abc15.com for updates on this developing story.