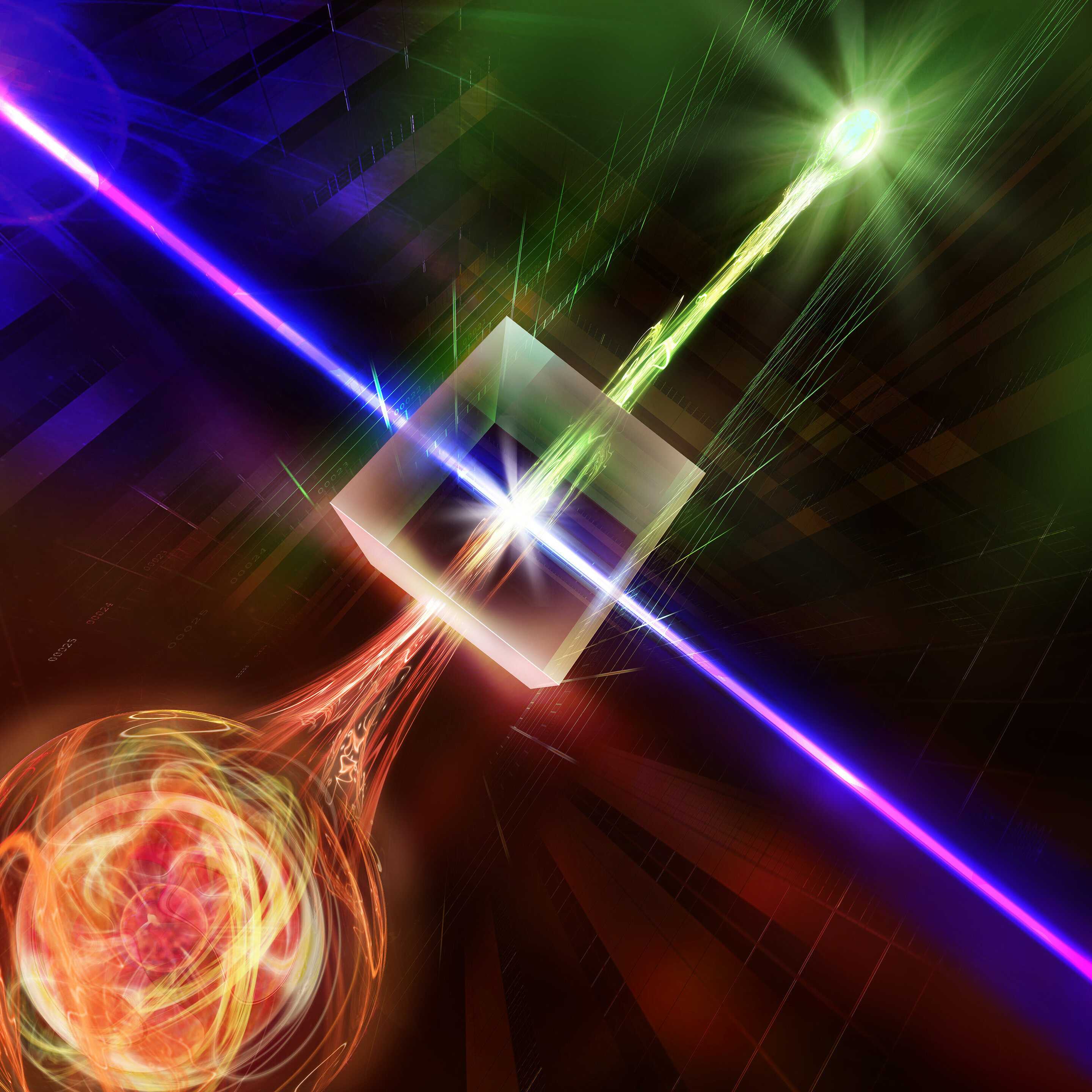 The quantum internet promises flawless communication, as well as powerful distributed sensor networks for new science and technology. However, since quantum information can not be copied, it is not possible to send this information over a conventional network. Quantum information must be transmitted by quantum particles and special interfaces are required for this purpose. Innsbruck-based experimental physicist Ben Lanyon, who received the Austrian START Award in 2015 for his research, is studying these important intersections of a quantum Internet future.

At present, his team from the Department of Experimental Physics of the University of Innsbruck and the Institute of Quantum Optics and Quantum Information of the Austrian Academy of Sciences achieved a record in the transfer of quantum entanglement between matter and light. For the first time, a distance of 50 kilometers was traveled with fiber optic cables. "It's two orders of magnitude further than was possible before and a practical distance to start building quantum inter-city networks," said Ben Lanyon.

The Lanyon team began experimenting with a calcium atom trapped in an ion trap. Using laser beams, researchers write a quantum state on the ion and simultaneously induce it to emit a photon in which quantum information is stored. As a result, the quantum states of the atom and the light particle are entangled. But the challenge is to transmit the photon on fiber optic cables. "The photon emitted by the calcium ion has a wavelength of 854 nanometers and is rapidly absorbed by the optical fiber," says Ben Lanyon. His team initially sends the particle of light through a nonlinear crystal illuminated by a powerful laser. Thus, the photon wavelength is converted into the optimum value for long distance travel: the current standard telecommunication wavelength of 1550 nanometers. Innsbruck researchers then transmit this photon through a 50-kilometer optical fiber line. Their measurements show that the atom and the particle of light are always entangled, even after the wave length conversion and this long journey.

Even greater distances in sight

In a next step, Lanyon and his team show that their methods would generate an entanglement between ions of 100 km or more. Two nodes each send a tangled photon over a distance of 50 kilometers to an intersection where the light particles are measured so as to lose their entanglement with the ions, which in turn entangles them. With a node spacing of 100 km now possible, we could consider building the world's first quantum light intercity network in the years to come: only a handful of ionic trapped systems would be needed to establish a quantum Internet between Innsbruck. and Vienna, for example.

Provided by
University of Innsbruck