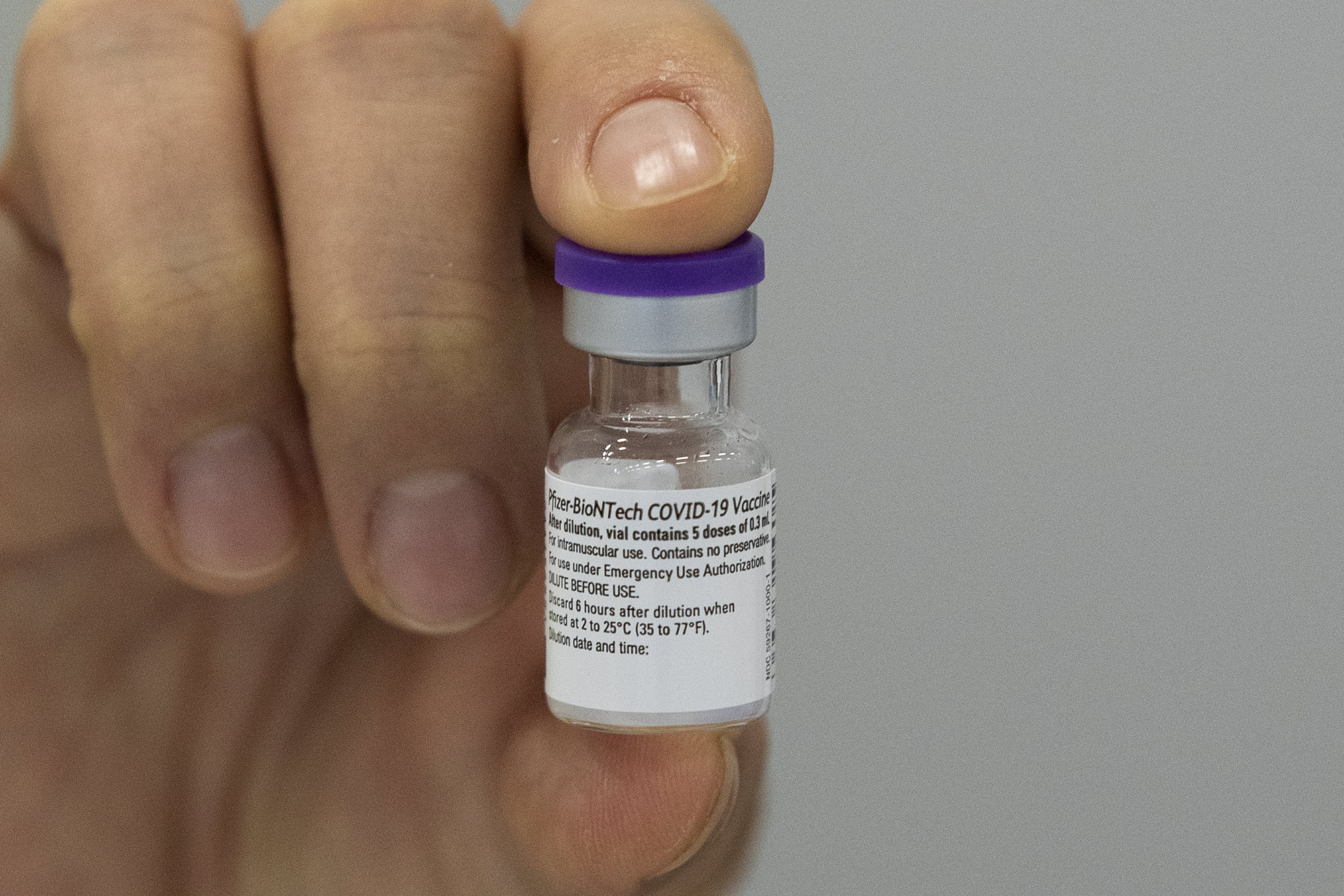 BRUSSELS (AP) – The European Union’s pharmaceutical agency on Friday allowed doctors to take an extra dose from each vial of the coronavirus vaccine made by Pfizer-BioNTech, in a move that – combined with the purchase of 300 millions more doses of serum – could speed up the pace of vaccinations in the bloc of 27 nations.

The European Medicines Agency said its Committee for Medicinal Products for Human Use recommended updating the vaccine product information to clarify that each vial contains six doses instead of the five that were advised at the initial launch of the Pfizer-BioNTech vaccine on December 21.

German Health Ministry spokesman Hanno Kautz told reporters in Berlin that the change would take effect immediately, increasing the available doses of the vaccine by 20%.

Many doctors across the EU have already taken six doses of the vaccine from each vial, a practice already permitted in the United States, Britain and elsewhere.

Pharmaceutical companies routinely put more vaccine than necessary in vials to ensure minimum dosage, even in the event of a spill.

The news came shortly after the EU’s executive arm said it had obtained an additional 300 million doses of the Pfizer-BioNTech vaccine. European Commission President Ursula von der Leyen said the new deal to buy more doses would double the amount ordered by the 27-nation bloc.

Combined with a contract with Moderna for its vaccine, the EU now has the capacity to vaccinate 380 million people, said Von der Leyen, more than 80% of its population.

The EU has signed six vaccine contracts for up to 2 billion doses, with Moderna, AstraZeneca-Oxford, Sanofi-GSK, Janssen Pharmaceutica NV, Pfizer-BioNTech and CureVac. But only Pfizer-BioNTech and Moderna vaccines have been approved for use so far in the OR.

In a public meeting online to discuss the pharmaceutical agency’s work on vaccines, EMA executive director Emer Cooke said the process of evaluating a third vaccine, made by AstraZeneca, could be completed by the end of January.

“This will depend, of course, on the data we receive and the progress of the assessment,” she said. “Once we receive the nomination, we will make a public announcement about it.”

Also on Friday, Britain cleared the vaccine developed by Moderna, the third to be licensed for use in the country.

The UK Department of Health said the vaccine met “stringent standards for safety, efficacy and quality from UK regulators.”

Britain has ordered 10 million doses of the vaccine, but it is not expected to be delivered there until spring. Britain has so far vaccinated 1.5 million people with the Pfizer-BioNTech and AstraZeneca-Oxford vaccines.

The European Commission’s announcement came amid growing criticism, especially in Germany, over the decision to let the commission manage vaccine purchases for all EU member countries. Vaccination programs in the EU got off to a slow start, and some EU members quickly blamed the European Commission for a perceived failure to deliver the correct number of doses.

The EU defended its strategy, insisting that vaccination programs have just started and that large deliveries are expected around April.

“We were faced with a situation where we had huge demand, but the production capacity had not yet kept pace. Now we have a positive step forward, ”said von der Leyen.

After Germany secured additional doses of BioNTech, a German company, outside of the EU agreements, von der Leyen made it clear that individual negotiations would violate the deal agreed to by all members of the bloc.

“We all agreed, legally binding, that there would be no side negotiations, no side contract,” she said. “So the framework in which we all work is a framework of 27. Together we negotiate, together we buy and together we move this vaccination process forward.”

But Kautz said the deal with BioNTech “is compatible with EU agreements. The additional allocations we have obtained do not disrupt other contracts. “

Kautz clarified that the 30 million doses secured bilaterally would be delivered after those ordered via the EU, although they are still expected this year.

Corder reported from The Hague, The Netherlands. Geir Moulson and Frank Jordans have contributed from Berlin.