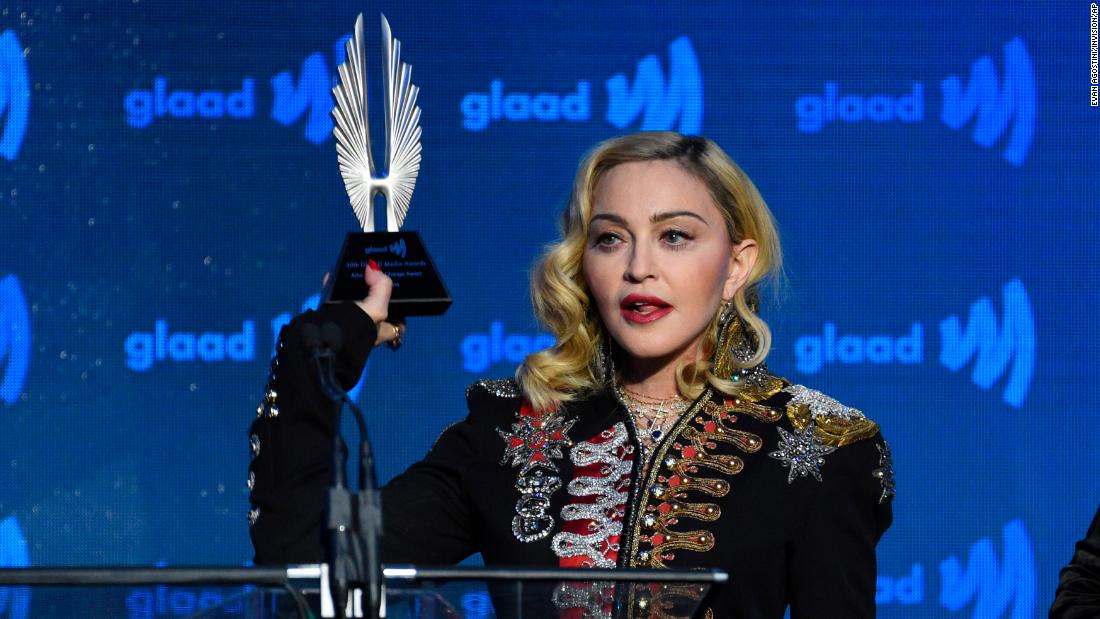 His futuristic and somewhat surreal ensemble has attracted a lot of attention on social media.

She played in the interval of the very popular European singing competition held this year in Israel after the country's victory in the contest last year. Despite political reactions to this year's host country, Israel, Madonna had her own message.

She started her set with her popular 1989 hit "Like A Prayer," wrapped in a gothic cape and black eye patch.

Pulling a huge crowd reception in Tel Aviv, she spends on her new single "Future" alongside rapper Atlanta Quavo.

At the end of the set, two dancers walked arm in arm, with an Israeli flag on the back of one and the Palestinian flag on the other.

Previously, Madonna had joined some of the quirks of the Eurovision brand, engaging in somewhat awkward exchanges with one of the presenters of the show.

"I'm going from my hotel to rehearsal, watching the beach," she said of her time in Israel. "You are all winners," she added to the competitors before going on stage. "Never underestimate the power of music to bring people together."

The superstar's performance was surrounded by controversy and confusion, with some activists having asked him to boycott him because of his host country – particularly after a resurgence of violence between militants in Gaza and Israeli forces.

Four people in Israel and more than 20 people in Gaza were killed in two days of fighting, before the mediators managed to restore a ceasefire, even as rehearsals for the competition began.

In a statement to CNN, the singer said, "I will never stop playing music to suit someone's political agenda, nor to talk about human rights violations. wherever they are in the world ".

"My heart breaks every time I hear about the innocent lives lost in this region and the violence that is perpetuated so often to meet the political goals of those who benefit from this ancient conflict. pray that we will soon be able to free ourselves from this terrible cycle of destruction and create a new path to peace, "the statement added.