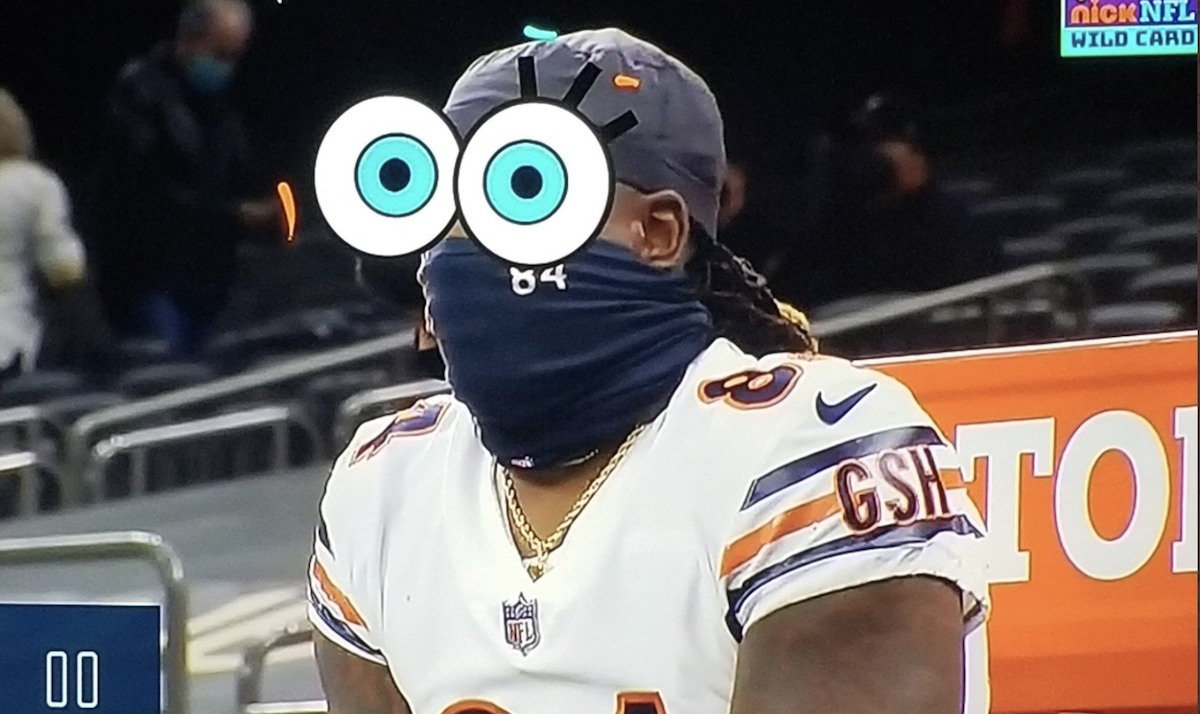 Maybe Nickelodeon needed to broadcast their NFL Wild Card playoffs five seconds behind. Or did the producers think the microphones might not pick up players swearing on the pitch?

The kid-friendly show was fun (and we’ll get more on that in a separate article), generally well received by fans who accept it in the spirit CBS wanted it to be. Slime cannons firing at touchdowns, first-down lines in green and orange, SpongeBob Squarepants appearing between the posts when attempting a basket, and more.

But just before halftime, the audio on the pitch was a bit more adult than what Nickelodeon viewers (especially parents) would have liked. Chicago Bears receiver Cordarrelle Patterson was called up for being pushed out of bounds and then running to the sidelines without making an immediate effort to get back onto the pitch. This resulted in an unsportsmanlike conduct penalty and an unsafe television reaction for Patterson’s children:

Oh, it’s a f-bomb, kids! You can’t do that on TV! Not a show on Nickelodeon aimed at children.

Neither play-by-play announcer Noah Eagle nor analyst Nate Burleson attempted to explain this one, as they did with many rules and games throughout the first half of the season. Nickelodeon’s show for young viewers and perhaps the first time new to an NFL game.

With no – or very few – fans in the stands, making sporting events quieter than usual, even with broadcast crowd noise, sound on the pitch is picked up more by microphones near the stadium. pitch than it usually would. So comments from players, coaches and officials who would normally be drowned make the broadcast. And they’re not always suitable for prime time.

This is probably what happened here, even though Patterson was close enough to the official that he could have been picked up on his microphone. No word on whether Patterson was asked to wash his mouth with soap by executives at Nickelodeon and CBS at halftime.