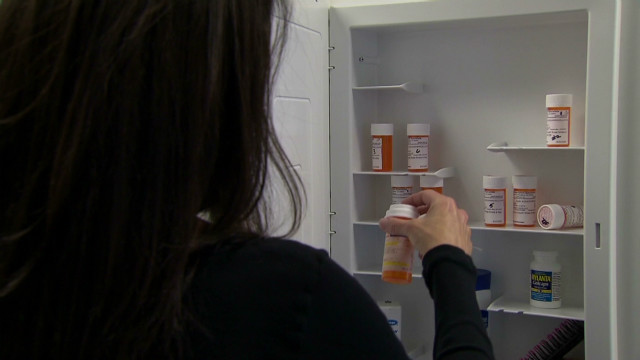 An unapproved new drug has not yet been approved by the FDA. A mislabelled medicine does not carry adequate instructions for its intended use, nor adequate warnings concerning its use.

CanaRx helps residents of the United States purchase drugs from pharmacies in Canada, Australia and the United Kingdom, according to its website. The company did not respond to a request for comment.

According to its website, hundreds of the most commonly prescribed brand name drugs are included in the CanaRx program.

Some of the drugs in the program deal with hepatitis, cancer or HIV. The FDA letter warns that there are serious medical problems and that the side effects of medications that may have been recalled, but obtained through CanaRx, could be life threatening.

The letter, sent Tuesday, also warns that some drugs distributed by CanaRx may have different doses, different trade names or be manufactured by different companies from FDA-approved versions of the drug available in the United States.

"Such differences can confuse the patient and lead to medication errors," says the letter, which includes a list of more than 150 CanaRx-affiliated websites.

The warning letter was sent after a "long review" of the drug distributor's practices, the FDA said.

"When a consumer buys online drugs allegedly from Canada, they may get a drug from other countries that could be counterfeit, outdated or mislabeled. illegal online pharmacies can indicate on their websites that their medications come from Canada, the United Kingdom, Australia, etc., this is not necessarily always the case, "said Commissioner Scott Gottlieb in his press release.

"Such operations and illegal online pharmacies take advantage of unsuspecting Americans by purporting to distribute safe and effective imported drugs, some of which are at least out of date, mislabelled, subject to recall or may be counterfeited. are provided outside the US closed distribution system intended to protect patient safety, "said Gottlieb.

"Operations like CanaRx use their name to imply that patients are receiving approved drugs in Canada, while it is likely that patients will receive drugs from other countries, which may be underpowered, super potent or counterfeit, distributing drugs for which FDA-approved versions are subject to additional security requirements, "he said. "These risk mitigation programs are a legal requirement and are in place for important safety reasons to avoid them is unacceptable and puts the safety of patients at risk."

The warning letter asks CanaRx to "quickly stop causing unapproved new drugs and mislabelled drugs to be distributed to US consumers and correct all other violations." The letter also asks the company to respond within 10 business days by explaining how such violations have been or will be corrected.