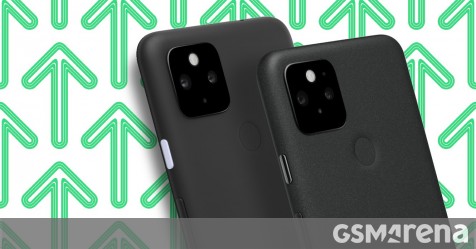 Google released the February 2021 update for all Pixel phones running Android 11. In addition to the security fixes, this update brings a few important fixes. Don’t get too excited, it’s only Google that fixes the things it broke.

First off, the touch sensitivity issues on the Pixel 5 and Pixel 4a 5G are expected to be fixed with the new firmware. People started noticing that their phones screens sometimes lacked keys after installing the December 2020 update.

The other patch covers all phones since the Pixel 3 – there was a long-standing issue with the sensors not being detected on startup. This issue first appeared with Android 10 and would disable things like double tap and lift detection.

You can find more details on the February update here.

On a related note, the FCC has approved an update for the Pixel 5 and LG Wing 5G that will enable C-band in the United States. This promises better coverage and faster network speeds.

This will be a simple software update as apparently the hardware already supports it (for some reason the Pixel 4a 5G will not benefit from C-band support). FCC filings refer to the Verizon and AT&T versions of the wing (the T-Mobile model is not on the list).

Note: We don’t know when C-band will be activated on these two phones, but there is no 5G in C-band yet – it was only auctioned off recently and the results of this auction will be returned public in March. It is believed that Verizon bought the biggest chunk.