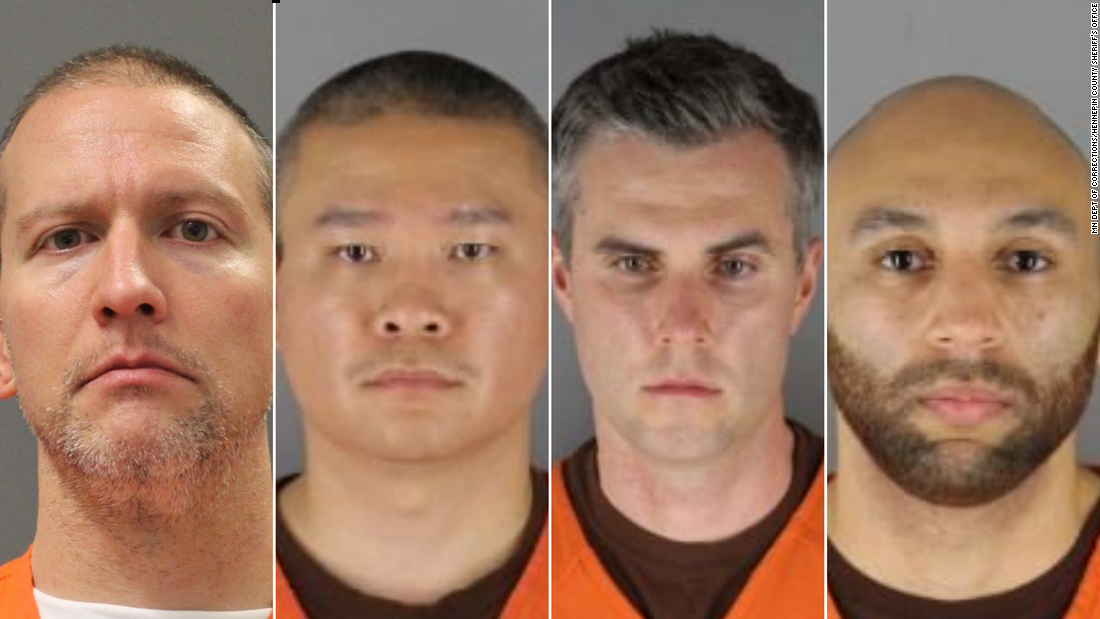 Tou Thao and J. Alexander Kueng were also charged with their failure to intervene in Chauvin’s use of unreasonable force, in accordance with the indictment. Chauvin, Thao, Kueng and the fourth officer, Thomas Lane, are all accused of failing to provide medical assistance to Floyd.

According to the indictment, “the defendants saw George Floyd lying on the ground, clearly in need of medical attention, and deliberately failed to assist Floyd, thus acting with willful indifference in the face of substantial risk of harm to him. Floyd. “

Chauvin was also indicted in a separate indictment relating to an incident in which he allegedly used unreasonable force on a 14-year-old Minneapolis in September 2017, the Department of Justice said in a statement on Friday.

The first count in this indictment states that Chauvin “held the teenager by the throat and hit him several times on the head with a flashlight,” according to the DOJ statement. A second count says he “held his knee to the teenager’s neck and upper back even after the teenager was lying on his stomach, handcuffed and without resistance, also resulting in bodily injury.”

The federal charges are separate from the civilian investigation into Minneapolis policing practices announced by Attorney General Merrick Garland last month, the Justice Department said.
Thao, Kueng and Lane are also charged by the state, including aiding and abetting second degree murder and aiding and abetting second degree manslaughter. They have pleaded not guilty and their joint trial is scheduled to take place this summer.

The three former officers appeared with their attorneys in federal court on Friday via video conference, and all three were released on $ 25,000 bail. Chauvin, who awaits his conviction on state convictions in June, remains in detention.

CNN has contacted the Minneapolis Police Department and the City Police Union for comment on the federal charges against the former officers.

Minnesota Attorney General Keith Ellison, who has led the state’s prosecution of Chauvin, called the charges “entirely appropriate,” saying the federal government has “a responsibility to protect the civil rights of every American. and to pursue justice to the fullest extent of federal law. “

News of the indictments was celebrated by civil rights leaders and activists like Reverend Al Sharpton and the National Action Network, who said in a statement that the charges show that “we have a Justice Department that deals with police crime and does not excuse it “.

“For many years we have tried to get the federal government to make it clear that these crimes are not just state crimes, but violate civil rights at the federal level when the police engage in this type of behavior,” indicates the press release. “What we couldn’t get them to do in the case of Eric Garner, Michael Brown to Ferguson and countless others we are finally seeing them doing today and it’s a significant development for those of between us who have been engaged in the struggle. and the police reform movement. “