Final score: Kratz and Belt win 18-round showdown against Rockies 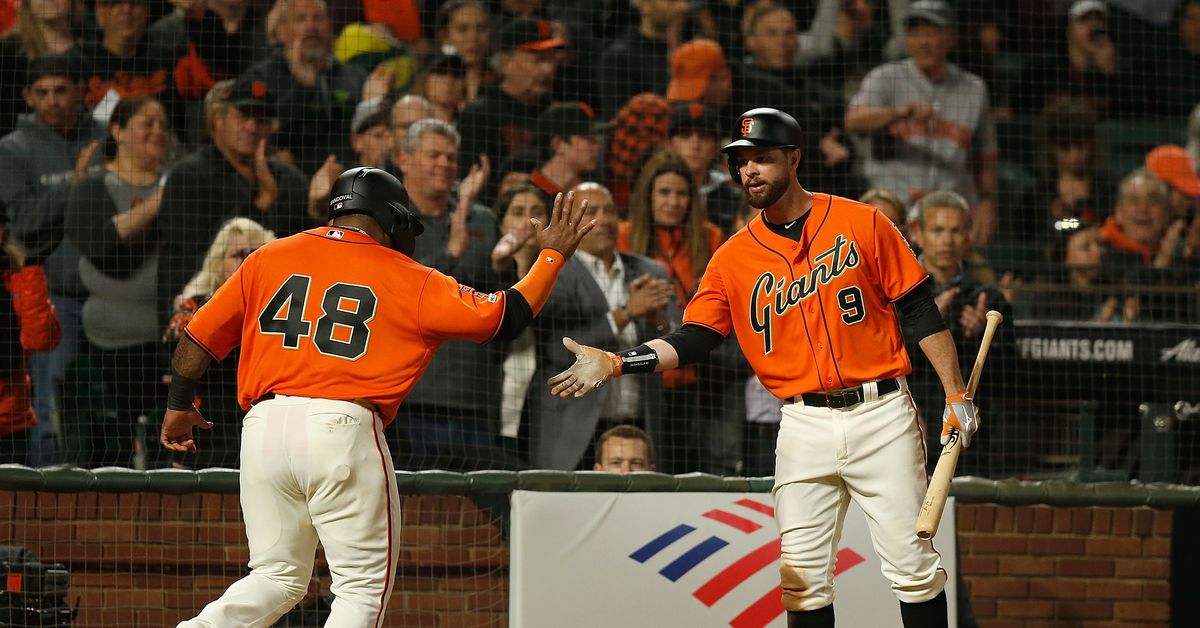 Tonight's recap is presented to you by Hank Schulman from San Francisco Chronicle.

/ check the number of words

Ah OK. So I think we'll have to dig a little deeper into that question.

First of all, you've probably gone to bed well before the end of the match, so here's what you need to know the most:

At the end of the 18th round, Brandon Belt came to the bat and everyone was thinking of 2014. He then hit a ball that would have been a homer in OTHER BALLPARK, but it earned him a double. You have never heard a crowd so disappointed with a double before.

Brandon Crawford was intentionally walked, along with Gerardo Parra, to get to Erik Kratz. Remember, Kratz had been in the squat for 18 innings and the Rockies defense had thought hard about the situation, with five controllers and two shallow courts left and right. With the bases loaded, Kratz made her choice, which allowed Belt to beat the tag on the plate and score the winning point.

The only possible satisfying end to a ridiculous game that does not have to be so.

"Take me to the match" was sung twice. And yet, they stopped serving beer in the seventh inning. They were running out of traffic signs on the arcade wall and humans stood there of their own volition claiming to be the letter "K."

It was the night of a firework at Oracle Park. Parents exhausted as far as the eye could see were imprisoned by sleepy and impatient children who came to see fireworks and did not leave without them.

And all that could have been avoided in the fourth round if the referees had not decided to become rogue.

In the fourth inning, Garrett Hampson scored a triple with a draw. He split the fields and reached the wall. Then there was a rare one-up pop-up of Nolan Arenado at Brandon Belt.

What followed should have been the final of the heat. Trevor Story hit what should have been a blast for Belt. He made a great run recovery, following the ball over his shoulder, which should have ended the round. Instead, the referee called Dew Pomeranz.

As a fan of the Giants, I've already seen relapses. But friends, it was not a problem. This is a hill on which I will plant my flag and wait for the devil to find me. I would embed a video, but you know what MLB thinks of anyone sharing baseball content.

Here is the piece of Belt, in case you want to think of what could have been, in a world where we all have to go to bed before 1:00.

Of course, you can not argue. You can not dispute it. The referee can simply get their hands on the scale of the game and that is life. Hampson "scored" the first leg of the match. But that did not stop there, oh no. Story went on to bat and he distinguished, then stole second place from Ian Desmond at bat. And after what should have been a third shot (at ONCE AGAIN put an end to the inning) was called a ball, Desmond hit a double to mark the story.

Of course, the Giants played twice in the first two rounds. And of course, the defense was less than brilliant (after all, Arenado got two goals on two errors in one inning). And yes, there was a bad base running. None of that was good, but it was not the problem. If we look at the match that took place, the Giants would have ended this match in the ninth round if the umpeur had not decided to become cute.

Oh yes, and today is a day game. Nothing like the equivalent of three baseball games played in 24 hours, that's what I always say. Good night everybody.