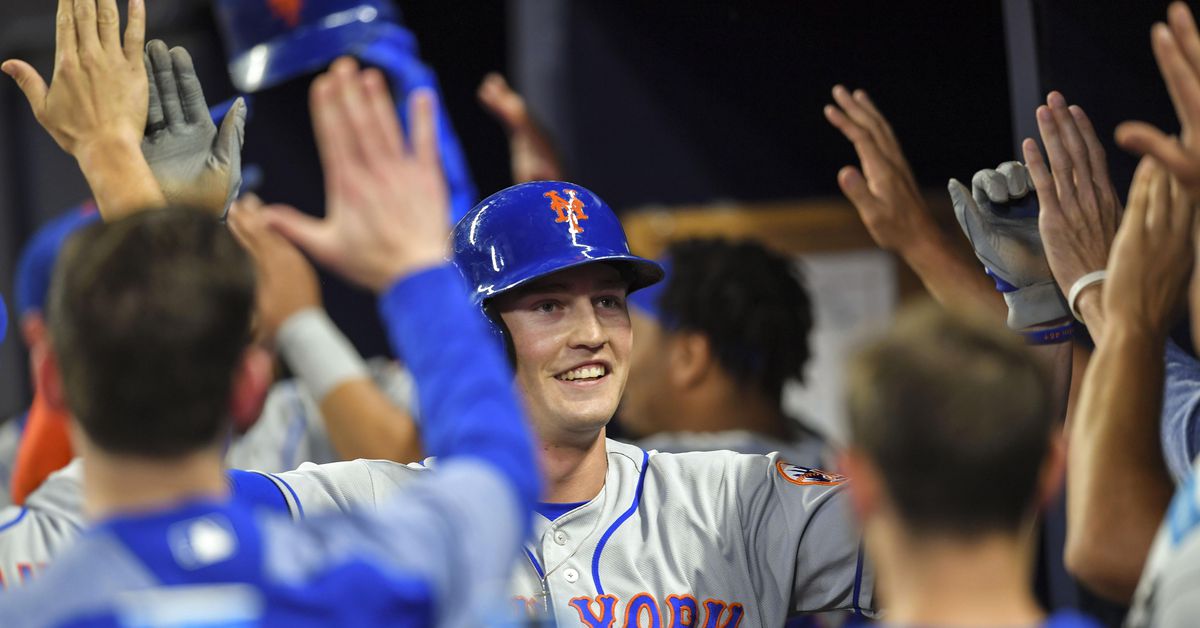 The Mets offensive continued to roll in Atlanta, scoring six points after being led 1-0 earlier. Zack Wheeler provoked flashbacks from his previous game against the Nationals, again fighting with his control, giving a point at the end of the first run following two goals and a sacrificial flight. This time, however, he settled down and allowed only one more run the remainder of the race, scoring eight innings in six innings.

The Mets immediately reacted ahead of the second run in the form of a Brandon Nimmo circuit at two points from eighth in the stick order, a moment of success desperately needed for troubled Nimmo. He would go get three shots in the night. The Mets earned a fourth-place finish over Kyle Wright in the fourth, thanks to Jeff McNeil's double-up RBI, Robinson Cano and Michael Conforto.

Des Braves Park was flawless after Wright's exit, but the Mets Park tied them with zeros to secure the win. Justin Wilson started the seventh inning 1-2-3 in his first appearance after battling the disease. Seth Lugo ended the match with two scoreless innings, two of which were behind.

Nice job of MetsFan4Decades; his efforts in the GameThread have all invested us.