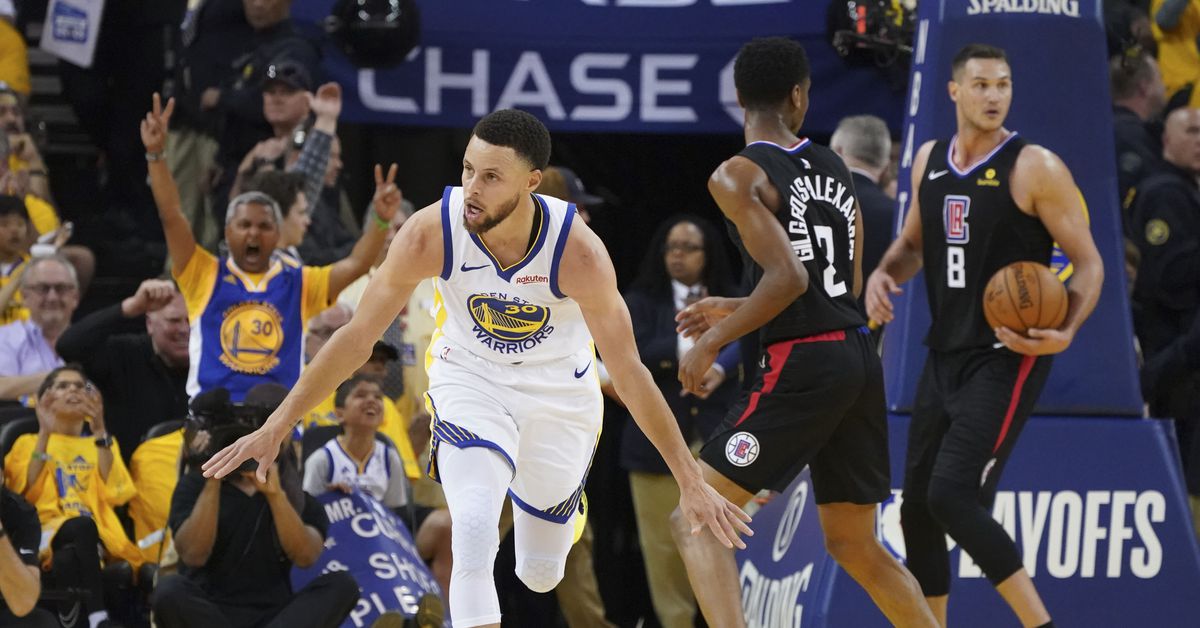 The Golden State Warriors were finally able to use their brilliant playoff switch, bombarding a brave team of Los Angeles Clippers 121-104 in front of a boisterous crowd from Oakland.

They were led by a brilliant team defense effort and by Stephen Curry's offensive spark. He stole 38 points, 15 rebounds and 7 assists while the Clippers were unable to stop him. Oh yes, he has also taken his rightful place at the top of the ranking of the biggest playoff shooters.

At a party in which two home teams lost the first game of the Eastern Conference, the consecutive defending champions showed the league how you were supposed to defend your pitch.

The warriors had helllllla turnovers in the first quarter. Seven to be exact. Yet they were leading 36-27 after 12 minutes! When they did not throw the ball in the audience, like excited children, accidentally throwing a new ball over the neighbor's fence, they tore up the Clippers' defense. Clippers' strategy led Doc Rivers to "Leave Draymond Green open at all times," and he charged them in the first quarter.

Williams had 15 points and 5 assists at halftime! Showzl Harrell was his runner, intimidating the Warriors before scoring 22 points after two quarters.

But the Warriors refused to let the Clippers control the game and launched a wave of Curry to stretch the lead.

The Clippers exacerbated their situation by repeatedly joining the referees to explain what they felt were missed calls during a 14-3 Warriors race to close the half.

Doc Rivers and Lou Williams had long words with ref before leaving the field halfway. Tech on Clippers Bench

Patrick Beverly was watching Kevin Durant. They jostled in nature with the much smaller Beverly who chews, knocks and slips.

Meanwhile, Klay Thompson could not throw a beach ball into the ocean, but he was providing his usual elite defense. Of course, when Curry goes supernova, Thompson may not need to score.

END OF Q3: Warriors fled with this, up from 98-79 on the Clippers. Curry has 30 points, of course, but he also tied his career-high playoffs with 13 rebounds.

In the fourth quarter, the Warriors maintained their lead as Curry entered history, becoming the all-time leader in three-point playoff play.

DeMarcus Cousins ​​made a mistake in the fourth quarter by finishing his first game in the playoffs with 9 points on 4 shots on 12 shots on the field, 9 rebounds, 4 assists and 6 turnovers. It's not a fantastic start, but I'd rather have it than what Kyle Lowry did today, hahahah.

Whatever the case may be, Durant and Beverly ended up having a double ejection shortly after Durant escaped from Beverly for a slam dunk penalty.

The game was decided at that time, and the Warriors took the first step to sweep these brave clips out of the playoffs. You can not do a sweep without winning the G1, huh?

Conor McGregor – ‘The War Is Not Over’ with Khabib Nurmagomedov