Forcing smiles at work related to increased consumption after hours, according to a study 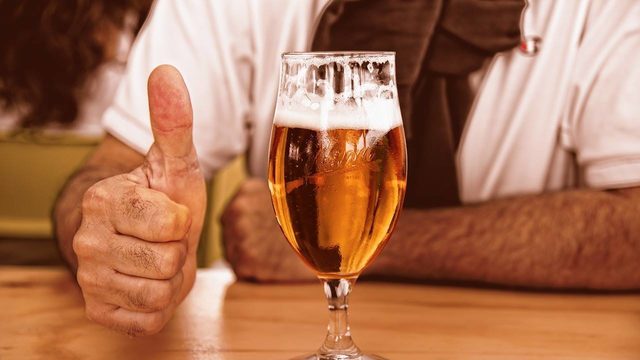 Forcing smiles at work related to increased consumption after hours, according to a study

We all forced a smile or two in front of customers, customers or colleagues. However, according to a new study by Penn State and the University of Buffalo, people who regularly simulate positive emotions or suppress negative emotions may drink more after work.

Survey data included information on how often participants falsified or suppressed emotions (also referred to as surface action), how many and how often they drank after work, how impulsive they were and what was their autonomy in the workplace.

In general, employees whose work involves more interaction with the public drink more after work than those who do not interact much with the public at work. The action on the surface was also related to consumption after work.

"The relationship between surface action and post-work consumption was stronger for impulsive people or who did not have personal control over workplace behavior," said Alicia Grandey, lead author and professor of psychology at Penn State, in an academic article. "If you're impulsive or constantly telling yourself how to do your job, it may be harder to control your emotions all day, and when you get home, you will not be able to control yourself if you you stop after a drink. "

Mr. Grandey noted that forcing smiles or suppressing negative emotions was less likely to create significant problems when the work was rewarding for employees.

"Nurses, for example, can amplify or simulate their emotions for clear reasons," said Grandey. "They try to comfort a patient or build a solid relationship, but the one who simulates emotions for a client he may never see again, may not be as rewarding and will be more tiring or more demanding."

Employees in this latter group may be younger and take up entry-level service positions in a call center or cafe, "and lack self-control trends and financial and social benefits that can cushion costs. surface interventions »

She and her team urge employers to look for employees and encourage workplace autonomy.

Read the full study, currently behind a paywall, at psychnet.apa.com.

This article was written by Fiza Pirani, Atlanta Journal-Constitution.

CDC warns British strain of virus could become dominant in US