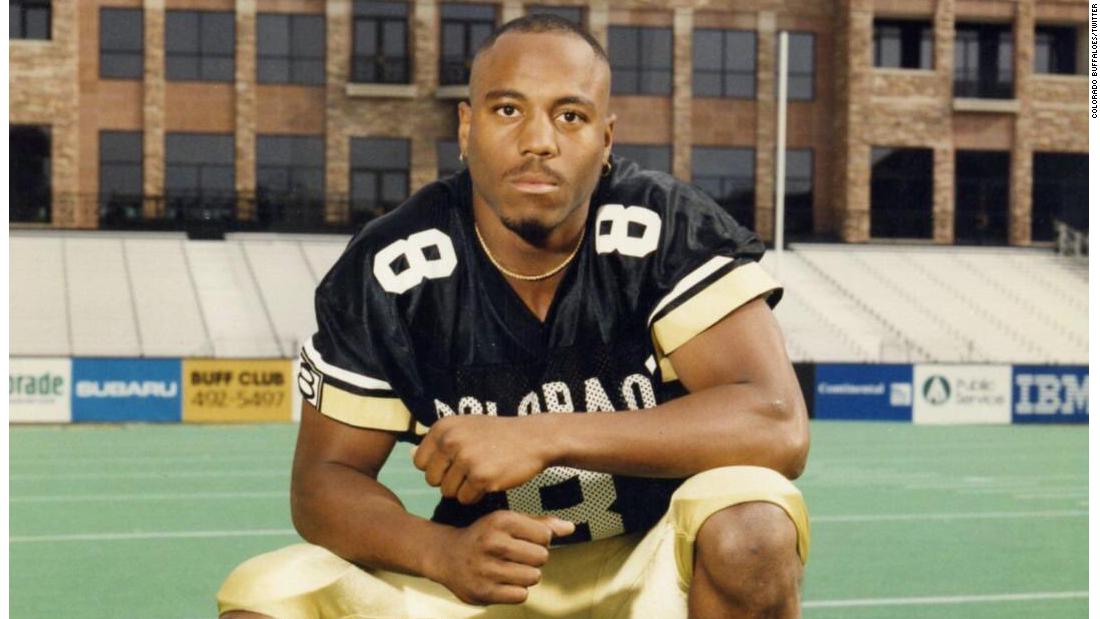 Cunningham, 46, a member of NFL security during the 1996 season, was shot dead by a neighbor early Sunday and taken to a hospital where he died on Monday, the sheriff's office announced via Twitter.

Cunningham was reportedly shot down during a parking dispute, but the details of the argument were not available. The shootings occurred near Eaglecrest High School and Thunder Ridge Middle School in Aurora.

The 31-year-old neighbor, Marcus Johnson, was originally charged with attempted murder, but the charges were changed to first-degree murder after Cunningham's death, according to the sheriff's office.

It is not known whether Johnson, who was held without bail, has a lawyer.

Aurora Public Schools said in a statement: "We are deeply saddened to learn that one of our deputy directors, Anthony (TJ) Cunningham, has passed away."

Advisors were available at Hinkley High School, where Cunningham worked throughout the week, the statement said.

Cunningham has been wide and defensive catcher at the University of Colorado. According to Seattle, he was the 209th pick of the 1996 NFL draft by Seattle.

The Colorado Buffaloes said on Twitter that Cunningham was "an important part of the CU community and has touched countless other people beyond Boulder.

"We were deeply shocked and saddened to learn of the passing of T. J. Cunningham, who was a good family man and a strong passion for working with young people."

Melissa Alonso of CNN contributed to this report.