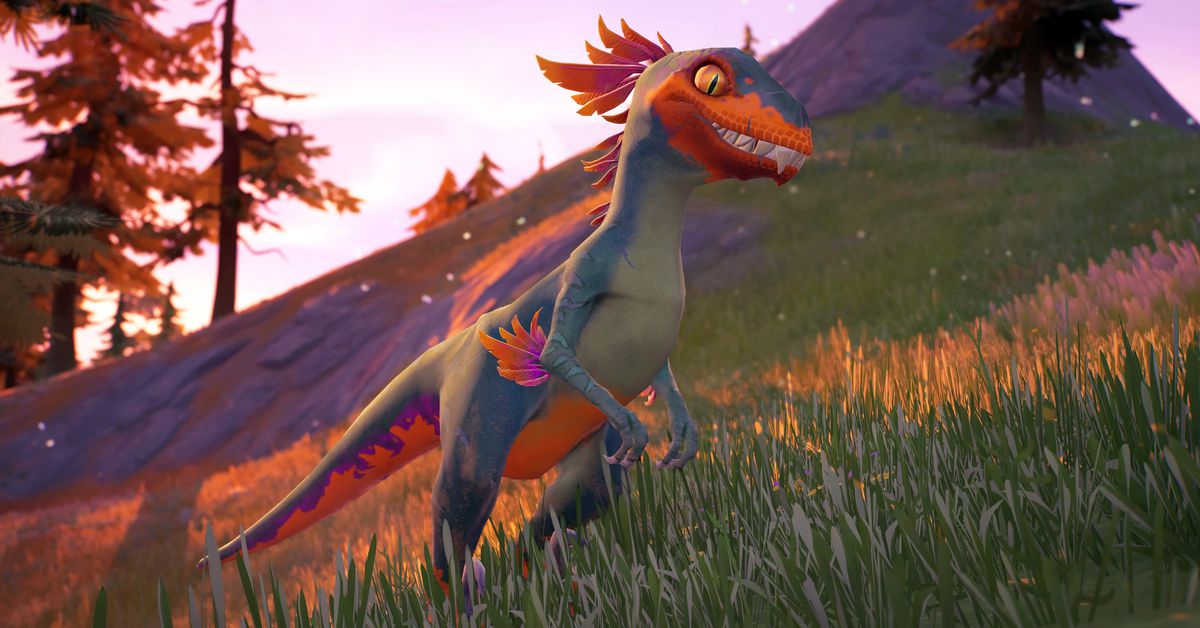 The new season of Fortnite, nicknamed “Primal,” did two main things: it introduced the animals to the island and added a prehistoric theme. So it’s only fitting that the latest update includes a dinosaur.

Thanks to a recent patch, raptors now roam the Battle Royale game, joining other predators like wolves and sharks. However, they seem to appear at random, so there is no guarantee that you will encounter one in a match; I played for over an hour this morning before I saw one in the wild.

In traditional Fortnite the fashion, the news had been teased these last days; giant eggs scattered across the island began to crack, hinting that Something was in preparation. It was reminiscent of previous events like the volcano eruption, Kevin the Rolling Cube or the moment when a massive robot was slowly being built. It’s all part of the game’s unique approach to storytelling.

This is the first major update for Season 6, so there could be other creatures on the way.