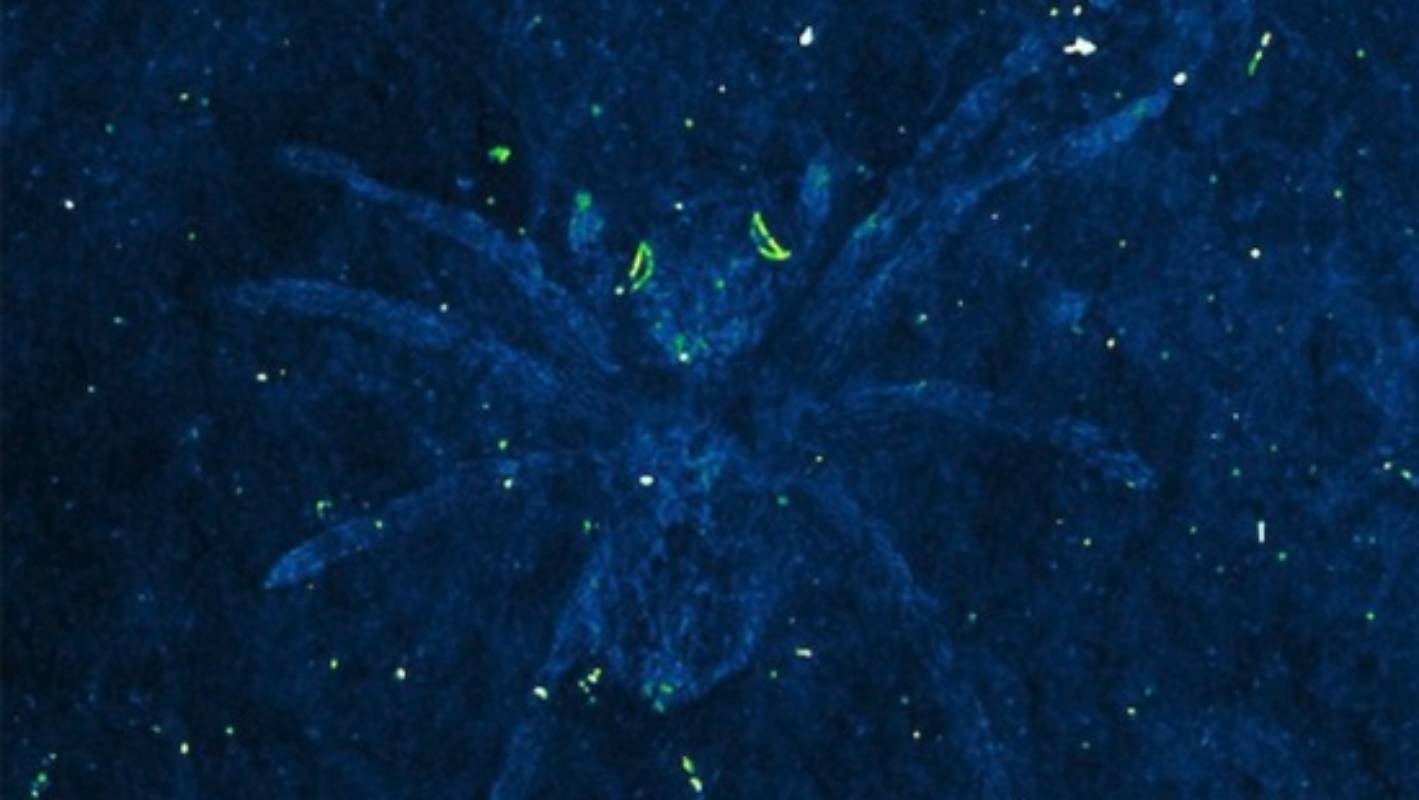 According to one study, a collection of spider fossils has been discovered in South Korea. Two of them have bright eyes.

Fossils have been discovered in a shale area in South Korea called the Jinju Formation, according to a study published last month in a peer-reviewed article. Journal of Systematic Palaeontology.

Researchers say that two of the Lagonomegopidae spider family fossils, which would have lived between 110 and 113 million years ago, have reflective eyes useful for night hunting.

According to the study, it is the first preservation on the fossil record of the tapetum of a spider, the structure inside the eye allowing it to reflect the light .

READ MORE:
* Serpent-tailed spiders found fossilized in a 100-year-old tree
* Scientists discover the oldest jurassic marine monster fossil of India
* Warning, jumping spiders arrive at a university near you
* A guide to New Zealand spiders: the good, the bad and the old

"Because these spiders were preserved in pretty speckles on a dark rock, which was immediately obvious, it was their rather large eyes marked with crescent features," said Paul Selden, professor of geology and director of Paleontological Institute of the University of Kansas. Institute of Biodiversity and Museum of Natural History.

The study was conducted in collaboration with a researcher from the Korean Polar Research Institute and a high school teacher from the Daejeon Science for the Gifted High School in South Korea who discovered the fossils.

Typically, spiders and other insects are kept in amber because their bodies are softer, unlike animal fossils made of harder substances such as bones or teeth.

Selden said the researchers were still trying to understand how spiders remained preserved in shale without breaking down. "It must be a very special situation in which they were washed in a water plan," he said.

"Normally, they would float, but here they sank, which kept them away from the decaying bacteria – perhaps it was a condition of lack of oxygen."