Found: A giant tooth of laziness in a sump 200 feet deep 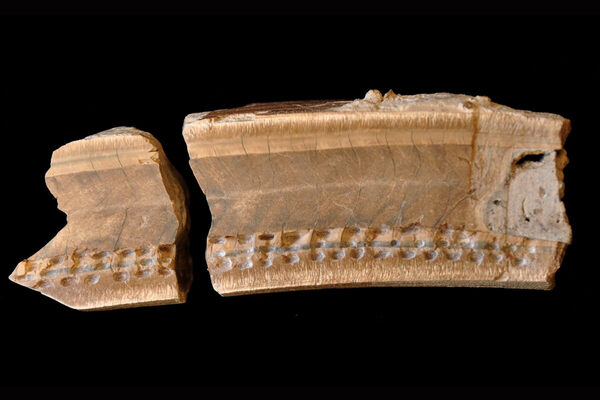 It is normal that laziness would remain in place for 27,000 years. A team of researchers from the University of Illinois at Urbana-Champaign located the remains of a lazy giant – who could have measured up to 13 feet tall – in a chasm of center of Belize and used them to piece together some aspects of the mega-world of prehistoric life. They report their findings today in the newspaper Progress of science.

The team uncovered the remains – including a humerus, a femur, and a particularly massive tooth nearly four inches long and more than an inch wide – in 2014, while he was trying to find Mayan artifacts in the deep pool. One possible explanation for how the lazy giant fell about 70 feet into the chasm is that it was looking for water, so much rarer in the area than it is today. During the last glacial maximum, when the Earth's glaciers reached their last level of thickness and the sea level was at its lowest, these icy masses had torn off much of the water which would have been available previously for the lazy and others, hole from which it never emerged.

The tooth of laziness immediately offered the researchers their share of obstacles. First, unlike the teeth of other extinct giant mammals, such as mammoths, the giant teeth of laziness do not have enamel, the hard dental coating that can often educate researchers about the diet of the 'organization. Secondly, much of the tooth had been fossilized, which meant that some of its original tissues and bones had been replaced by minerals.

To determine which parts of the tooth were still open to analysis, the team used a "cathodoluminescence microscope" to define the molten minerals and isolate the surviving tissues. The main author, Jean Larmon, was then able to analyze twenty or so samples of orthodentine, the main substance of the teeth. The samples illustrate more than a year of dental growth and demonstrate the impressive ability of laziness to adapt to seasonal and dietary changes. "What this study really tells us," writes Larmon in an e-mail, "is that these sloths survived the late Pleistocene with a fairly extreme seasonality, with only a three-month rainy season and a nine-month dry season. were able to change their diet with this seasonality 'between different types of plants available at different times.

"That means they were quite adaptable," Larmon writes, which helps explain their probable existence for more than 10,000 years, and that their eventual extinction was probably more to do with more than just climate-related stressors. . Do not confuse the laziness of laziness with weakness; these guys can hold theirs.