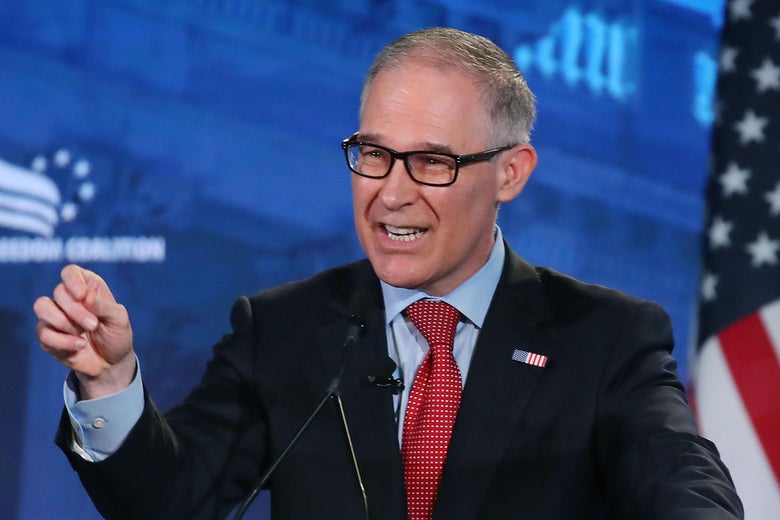 Recently published emails show that Fox and friends Scott Pruitt, a former director of the Environmental Protection Agency, prepared questions before the live interviews and even asked for agency approval for part of the text of the show, the Daily Beast reported Tuesday.

Emails, acquired as a result of a request from the Sierra Club's Freedom of Information Act (a declared enemy of Pruitt), showed that the Pruitt team had the opportunity to accept the topics before the interviews. In a case detailed by the Daily Beast, a producer of the show sent a list of three topics that the show wanted to cover. The next day, on the show, the presenters asked Pruitt six questions about the agreed topics, a question about a topic the EPA had presented the day before to another Fox show, and another news. The facilitator did not press Pruitt on this issue.

In a more blatant ethical violation, the series has already asked for the approval of the language in a script. In May 2017, Pruitt staff went to the show to discuss Pruitt's interest in "helping underserved communities by the last government". A producer involved in the e-mail conversation asked the EPA press officer to give him "talking points" and then asked, "Will it go like setting up his segment?" She pasted the text of a script into the email:

The Environmental Protection Agency, led by President Trump, has taken a new approach that includes getting back to basics. That, after the Obama administration has left behind a huge mess, more than 1,300 heavily contaminated super-fund sites – still require cleanups. So, why was President Obama presented as a savior of the environment if all these problems persist?

The press officer replied, "Yes, perfect." The next day, the hosts were faithful to the scenario.

While it is common for producers to discuss topics in advance and sometimes share pre-interview questions to facilitate a better live discussion, it is not normal to ask questions of the public official to obtain the approval of the latter. Obtaining the approval of a manager for a scenario would in no way be considered ethical by journalists, and some journalists would argue that giving as much control to a government agency would amount to categorizing Fox and friends'Work as a communication on behalf of the administration rather than as independent journalism.

A spokesman for Fox News told the Daily Beast: "This is not a usual practice and the problem is being dealt with internally with the people involved."

Fox and friends has often been criticized for his blind loyalty to the president and his administration, with some critics accusing it of being a source of propaganda. The relationship between the administration and Fox News in general has been warm: former White House communications director Hope Hicks has been a corporate communications manager at Fox; Fox News host Jeanine Pirro is a personal friend of Trump's. Fox Business animator Lou Dobbs telephoned several meetings in the Oval Office to advise the president on policy issues. and Fox News personality Sean Hannity, another Trump's personal friend, have already spoken as a speaker at a Trump Missouri campaign rally.