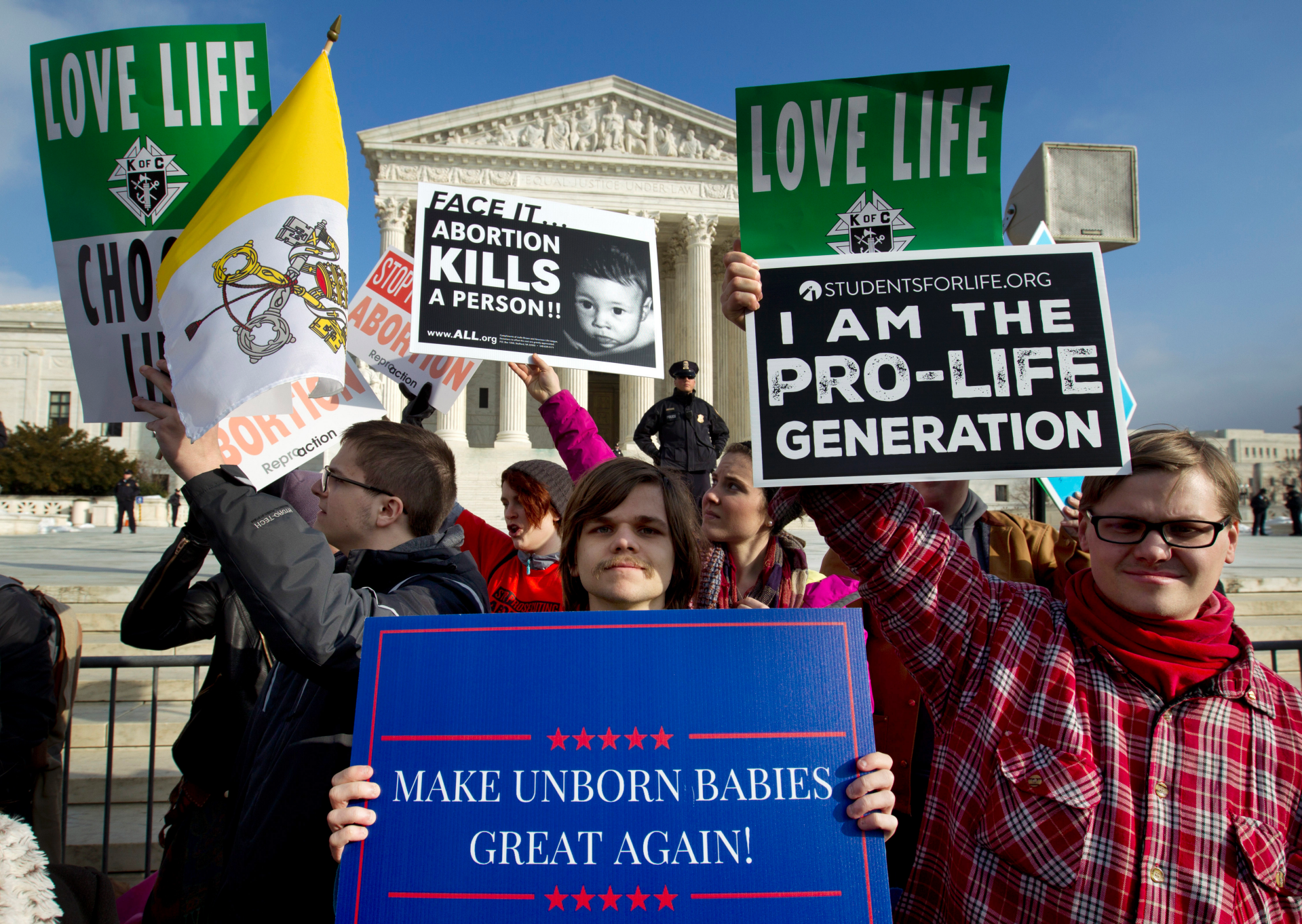 In the wake of the controversial laws on late abortion in New York and Virginia in January and a Supreme Court decision in early February blocking a law of the state of Louisiana that would limit the law. access to the procedure, the latest poll Fox News reveals that voters remain divided on the problem.

The survey, conducted Feb. 10-12 and released Wednesday, found that 44 percent of voters identified it as pro-life, while 46 percent favored the choice. This situation is similar to that of July 2018: 42% are favorable to life compared to 45% to preference.

And when asked if they knew the most famous cases of abortion, Roe v. Wade, just under half (48%) said that they knew "extremely" or "very" the decision while the exact number matched "fairly" or "not at all" familiar.

In addition, 57% of voters believe that the Supreme Court should leave the judgment 46 years old. this number jumps to 68% among those who know the case.

On January 22, New York Governor Andrew Cuomo enacted the Reproductive Health Act, which authorizes abortions after 24 weeks if a woman's health is at risk or the fetus is unsustainable. In addition, a law introduced in early January by a Democratic lawmaker in Virginia would also have eased restrictions on late abortions, but the bill was set aside.

So what do voters think about late abortions? Voters have a more nuanced view of late abortion than traditional pro-choice / pro-life cleavage. One in ten (11%) think that a woman's right to have an abortion in the third trimester of pregnancy should "always" be legal, while 43% of them say "only in certain circumstances" and 37% "never".

The majority of Republicans (58%) and White Evangelical Christians (61%) believe that late abortions should be totally illegal. Republican women (65%) are among the most opposed to the third trimester abortion.

Among women in general, 52% are pro-choice and 54% believe that third trimester abortions should be either legal (11%) or certain circumstances (43%).

The Fox News poll is based on interviews with landline phones and mobile phones with 1,004 registered voters randomly selected across the country. It was conducted under the joint direction of Beacon Research (D) (formerly Anderson Robbins Research) and Shaw & Company Research (R) on February 10, 12, 2019. The survey has a margin of error of $ 15,000. sampling of plus or minus three percentage points for all registered voters.