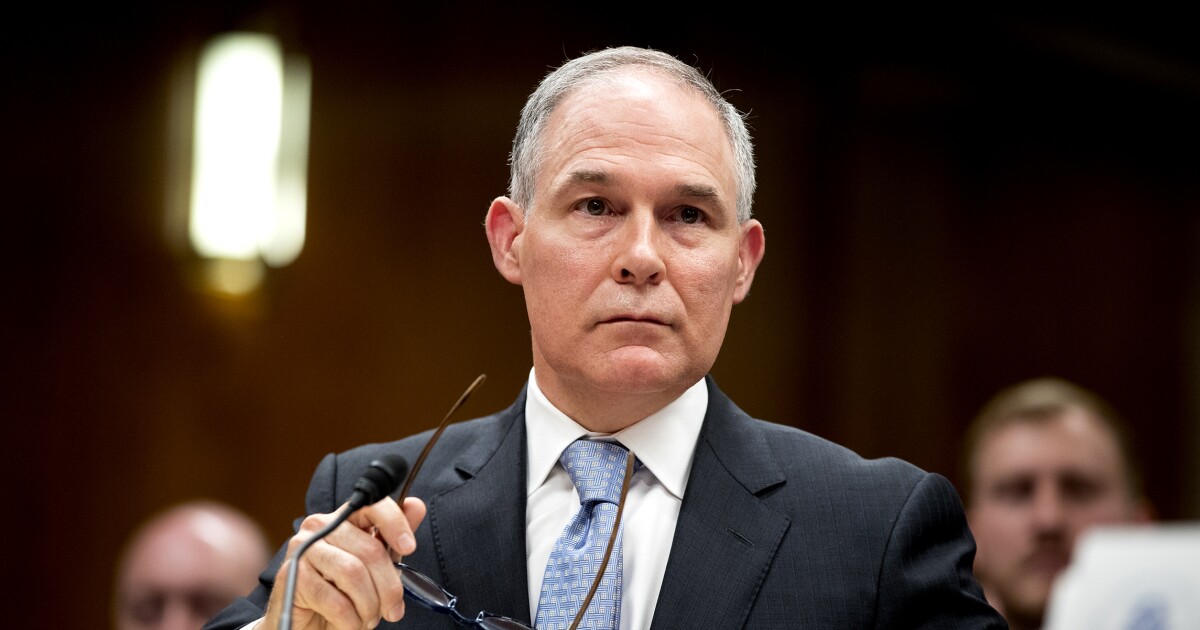 FOx News Channel announced that it would punish employees who sent several emails to an assistant of the former Administrator of the Environmental Protection Agency, Scott Pruitt, for preparing a interview of "Fox & Friends" with the administrator of the time.

In the emails, Pruitt's assistant suggested the interview and provided "talking points". according to the Associated Press.

The assistant also asked to approve the script that would introduce the administrator, who served under President Trump from February 2017 to July 2018.

Although Fox did not specify who was being disciplined, the network said that e-mail exchange "is not a common practice and that the problem is being addressed. internal with the people involved. "

During the May 2017 exchange, discovered as a result of a Freedom of Information Act request made by the Sierra Club, a non-profit environmental organization, Amy Graham, former press representative at the EPA, told Fox that Pruitt would be in New York and could appear in the studio to talk about reforms the administrator was doing to help underserved communities through the administration of former President Barack Obama.

"Pruitt has been bluntly voiced on the lack of environmental achievements under the Obama administration, calling President Obama a" non-savior of the environment "and wishing to delve deeper into these comments, "wrote Graham in the email.

Andrew Murray, producer of "Fox & Friends", accepted the interview and Graham asked confirmation that this would be the only topic discussed.

"[W]We really have to stick to that, "said Graham, which Murray agreed with.

Diana Aloi, another producer, is seen awarding the segment.

The emails reveal that Aloi asked for "landmarks" on what Pruitt would like to discuss in the interview. He then gave an introductory script, asking if the result would be "OK as the configuration of the segment?"

Pruitt resigned this summer after many questions about his ethical shortcomings, including excessive spending on travel and security.