Frank Howard suspended, will not play in the first game of the NCAA tournament due to "violation" 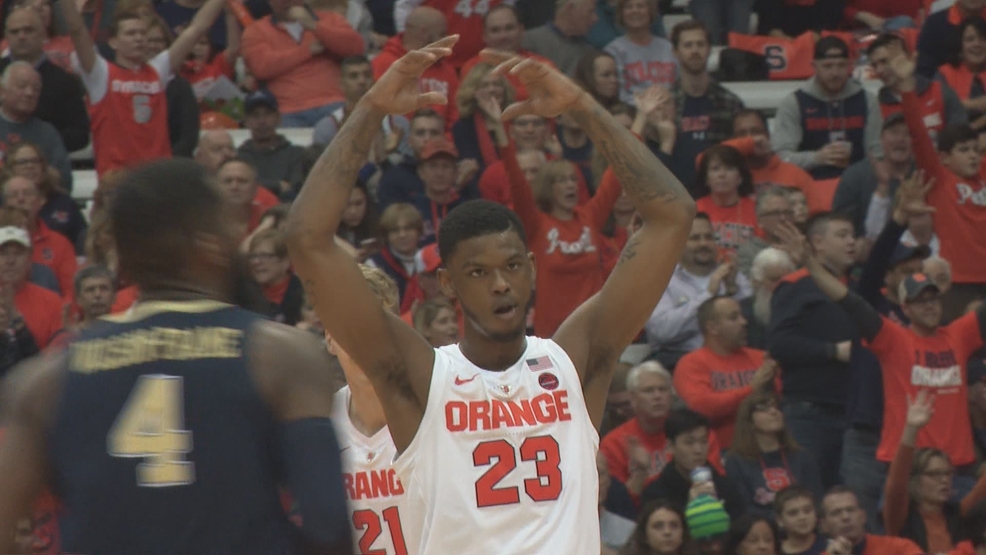 Syracuse University Athletics announced that senior Frank Howard had been suspended and that he would not participate in the NCAA tournament "indefinitely".

Syracuse will play Baylor in the first round of the NCAA tournament on Thursday.

Howard went with the team to Salt Lake City and went on training Tuesday.

At a press conference with other Syracuse players on Wednesday, minutes after the announcement, Elijah Hughes said, "We can not do anything about it. We have already resumed our activities . "

Junior Tyus Battle, who missed two games at the ACC tournament due to a back injury, echoed this sentiment.

Syracuse coach Jim Boeheim said they had had an "indication" at the training that Howard would be suspended, but they did not explain why.

Howard missed the start of the season because of an injury and Battle was replaced by a playmaker.

Boeheim said it would be the case for Thursday 's game and that they would adapt without Howard.

"It's very similar to last week when we discovered that Tyus would not play," Boeheim said. "We played very well in both games and we will have to make the same adjustment this week."

Boeheim did not answer the question of whether Howard would play if Syracuse went on to the second round.

"He will not be with us tomorrow," said Boeheim.

Frost: WR Marcus Fleming is no longer with Huskers; NU must find ‘the right kids, not just the right athletes’ – HuskerExtra.com

Wide receiver Marcus Fleming is no longer with Huskers