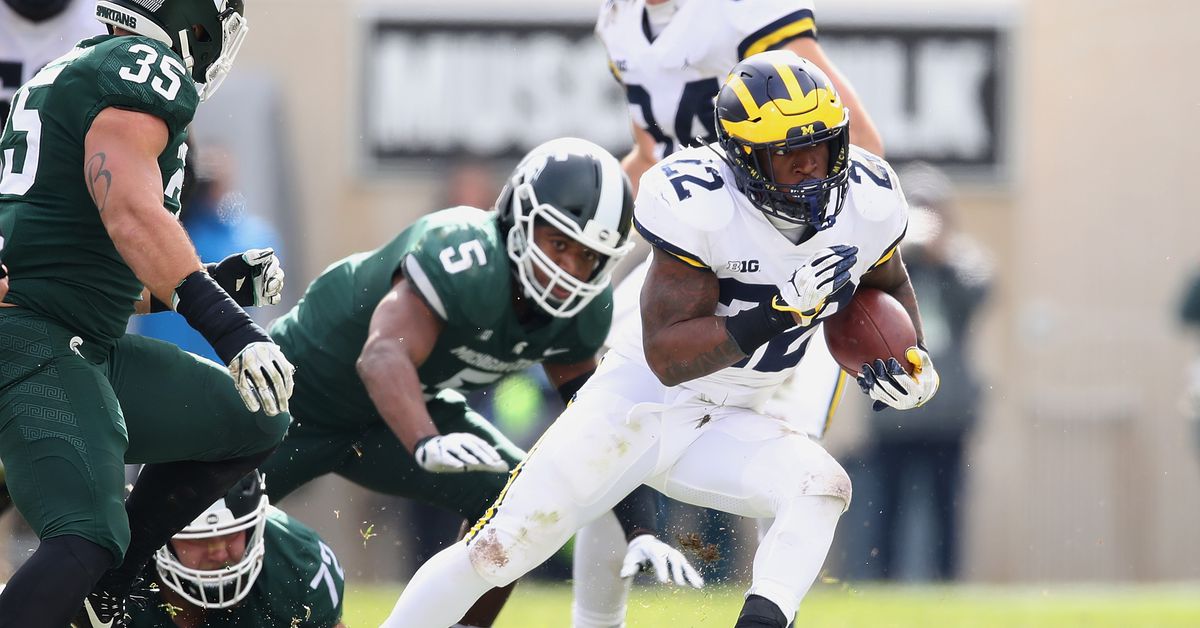 Hi friends, and welcome to another Friday recruitment rally.

Some good prospects for 2020 are visiting Ann Arbor this weekend. Let's quickly see who these prospects are and their interactions with Michigan in the past.

4 stars in the state of Braiden McGregor

The news of McGregor's visit this weekend was reported for the first time by Brice Marich ($) of The Michigan Insider, and I was able to confirm this new Wednesday afternoon.

McGregor is probably as close to the top of the Michigan board as possible. He is a talent in the state with a ton of other offers (Notre Dame, Alabama, Clemson, to name a few), playing in a position of need for Michigan in 2020 and is a hell of a football player.

He visited UM a few weekends ago for the Wolverines Junior Day. A visit that he told me was "awesome". If this visit also suits McGregor, I imagine that Michigan would be, at the very least, close to the top of its list – if not at the top. I'm not saying we're under surveillance, but Michigan should try to seal the deal here.

Holden announced on Twitter earlier this week that he would visit this weekend. It is also popular with Alabama, Florida, LSU, Ohio State, Michigan State, West Virginia, Tennessee and others.

Listed at 6 feet 3 inches and 195 pounds, Holden is certainly the wide receiver type that Michigan needs to target for this cycle, especially given the attrition that could happen to the Michigan receiver corps after the 2019 season.

Corum also announced via Twitter that he was visiting AA this weekend.

Corum has been recruited for about a month, including Ohio State, Purdue, Tennessee, Penn State and LSU. Michigan offered the 5-foot-9, 180-pound just a few days after the New Year.

After only a half-runner in the 2019 category, the position is Michigan's most important requirement for the 2020 round. It will be relevant for coaching staff to have the largest number of half-bidders on campus high level as early and as often as possible.

The two crystal ball forecasts for Corum are currently set on Virginia Tech.

Rogers returns to campus this weekend, according to Steve Lorenz ($) of TMI. The Oak Park native, who is 6 feet and 2.5 inches tall and weighs 311 pounds, has visited Ann Arbor several times, most recently for a Michigan basketball game in December.

Rogers is the highest ranked player in the state, and Michigan can not afford to go elsewhere, much like Devontae Dobbs and Logan Brown in the 2019 category.

He seems interested in leaving the state to play college football. Ed Warinner and his company have a lot of work to do. The fact that Rogers continues to come back to campus is quite encouraging, but there is still work to be done to protect his interests.

It's all for this week! Set next week to find out more about Michigan crootin news.