One of the benefits of companion apps for True Wireless Headphones is that they can release software updates that improve functionality. As we mentioned in our review, Samsung’s Galaxy Buds Pro are a really good set of all-around headphones. They are now receiving a second update that improves some of their key features.

The update weighs in at just over 2MB and should be available for download through the Galaxy Wearable app. The first thing it improves is Active Noise Cancellation (ANC), which was already good enough to begin with; as David put it, “they could give some cheaper on-ear noise canceling headphones for their money.” The update also improves ambient sound. However, it is not clear exactly how. 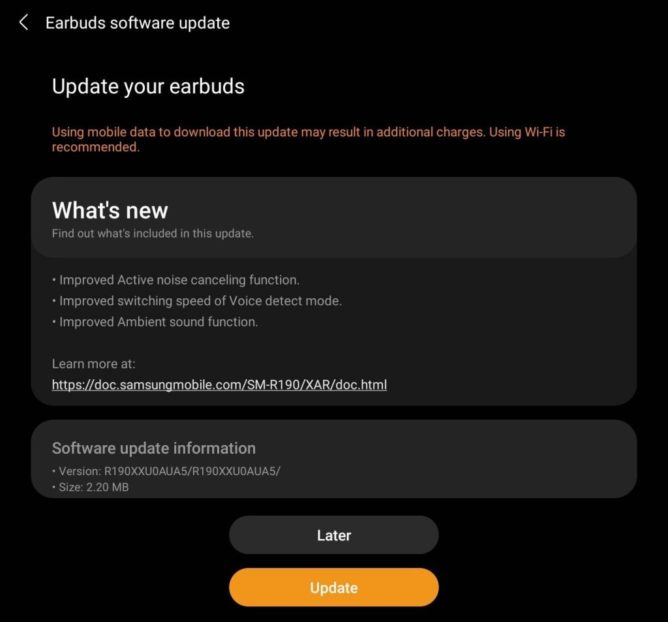 Voice detection, a new feature introduced by Samsung with the Buds Pro, also improves with the new update. According to the changelog, the switching speed has been further improved. If you are not aware, this mode automatically recognizes when the wearer is speaking and lowers the volume of whatever they are listening to.

As mentioned before, this is the second update to hit the Buds Pro after launch. The former added a hearing enhancement function while improving the stability and reliability of the system.