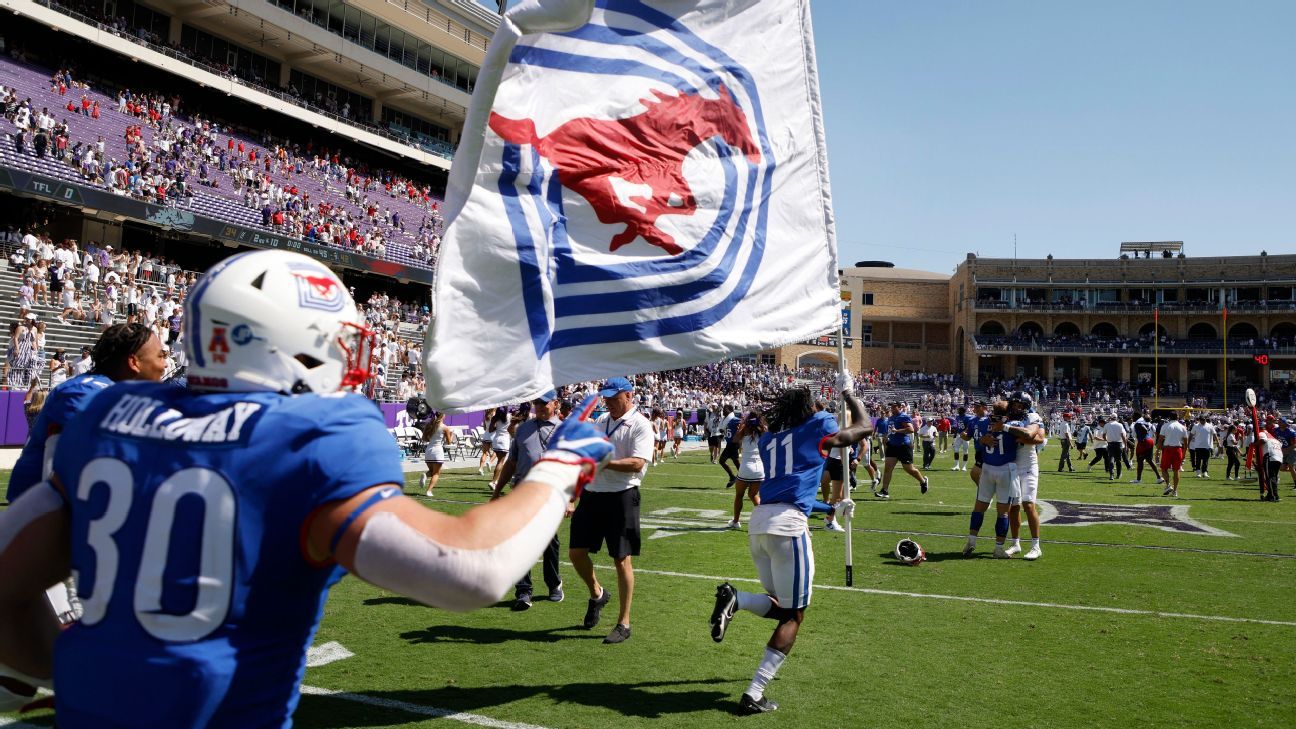 TCU coach Gary Patterson criticized SMU for his role in the brawl that followed Saturday’s game in Fort Worth and for using one of Patterson’s country songs to mock his team.

Patterson said Tuesday that SMU orchestrated an attempt to plant its flag in midfield at Amon G. Carter Stadium if the Mustangs won. After SMU’s 42-34 victory, several players attempted to plant the flag in midfield. TCU players responded to the attempt and Horned Frogs assistant coach Jerry Kill suffered a concussion after being knocked down twice on the field. Kill, the former head coach of Minnesota and northern Illinois, suffers from epilepsy but is fine and has returned to work, Patterson said.

Kill, 60, was first knocked down by a TCU player during the crash. Patterson said he’s not sure whether a TCU or SMU player knocked him down the second time around.

“Don’t you think it was planned?” Patterson has spoken about the attempted flag planting, according to the Fort Worth Star Telegram. “They had a media official in their office who was filming the flag landing in the middle of the field.… A guy. [Kill] was injured. He was pushed down by our kids once on the movie in the middle of it and he got hit because I have the proof to show it.

“In the end, whether it’s SMU, TCU, I can’t prove it. But in the end, it wouldn’t have happened if we hadn’t had the flag situation.”

SMU athletic director Rick Hart said in a statement on Tuesday that the school had reviewed all videos of the incident and found “no evidence of anyone associated with SMU” hitting Kill on the pitch after the game. Hart said he spoke with TCU athletic director Jeremiah Donati, who agreed there was no evidence and told Hart that Patterson’s original claims would be “renewed”.

“While Coach Patterson admitted that his post-game claim cannot be substantiated, he accused our program, on several occasions, of planning to plant our flag on the field after our victory. a complete fabrication, ”Hart said in his statement. “I can say unequivocally that there was no such plan.”

Hart said SMU had several of its “creative staff” on the field after the game to collect footage for Team’s ESPN + series “The Hilltop.” Dykes apologized to SMU for the incident after the match, saying he would discuss the incident with the players and that “there is no one in the world who has more respect for TCU or for [coach] Gary Patterson … than me. “

Dykes spent the 2017 season as an offensive analyst for Patterson at TCU before landing the post of head coach of SMU.

“This activity was spontaneous and born out of emotion,” Hart said in his statement. “To suggest otherwise is irresponsible and offensive. I will not allow Coach Dykes, our program or our student-athletes to be unduly attacked. Sonny is a formidable leader and a man of great integrity.”

Patterson also took issue with SMU using a song he recorded after the COVID-19 pandemic, titled “Take a Step Back,” to berate TCU after the game. SMU’s Twitter account tweeted video of Patterson’s song, but superimposed Dykes face over Patterson’s, then used included photos of SMU fans and players. The tweet read “THEY HAVE TAKEN A RETURN”.

Patterson has written songs for many years and released two tracks on streaming services last year, including “Take a step back”.

“They hate you because they take a song you wrote about COVID and come back to families and they laugh at you,” Patterson said Tuesday. “If I had the time, I would go and get all the copyright laws and tackle their ass, but I’ve got the Longhorns on my mind right now. Not them. I’m glad that. they continue to justify our existence for where we are and how we do things. “