Gasly "shaken" after the big crash in Barcelona 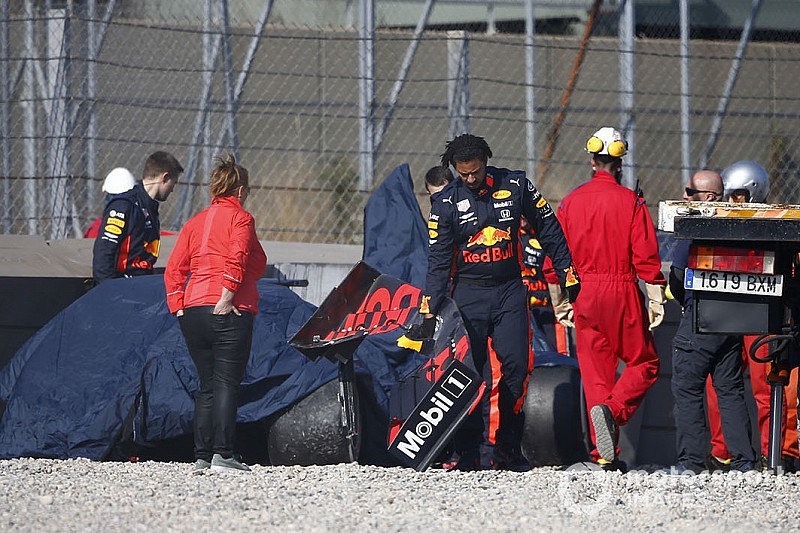 Gasly plunged the left wheels of his Red Bull RB15 into the grass as he approached Campsa, turning right quick Turn 9, and was thrown off the track while he was attempting to turn around.

The car crashed against the tire wall, the accident tearing the front and rear wings of the RB15 and forcing Gasly to go to the medical center.

"I'm fine, I'm a little shaken, but I made a mistake in turn 9 and you saw what was happening," said Gasly.

"Pretty big accident, one of the biggest accidents I've had.

"Long night for the mechanics, sorry for that."

The Frenchman, who was preparing his first season with Red Bull after being called by the Toro Rosso junior training, had already had an accident on the second day of the first week of testing.

But Gasly refuted the suggestion that his second big dip in the tests meant he lacked confidence in the RB15.

"I feel confident. I just made a mistake today, unhappy.

"It's a very big impact, but we're going to focus on all the work we've done over the four days.

"We have a lot to analyze. We have a good car that we need to improve for Melbourne. "

Despite the two accidents, Gasly, who will hand over to Max Verstappen for the last day, recorded a total of 439 laps in four days in the new car.

His best lap on Thursday, with Cm tires of 1m17,091, is the RB15's best effort so far in tests, though it's close to nine tenths of Charles Leclerc's benchmark tests on Ferrari.

"We managed to do a lot of laps over the four days of testing. We have tested a lot of things and are a little more attentive to performance today, "said Gasly.

"I think we learned a lot, we have to go through all the data, a lot of work ahead of Melbourne, but overall we are pretty happy. 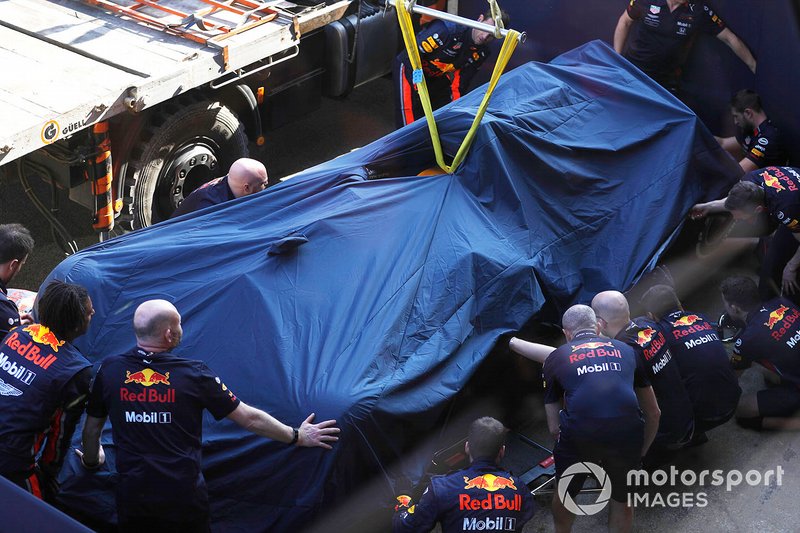