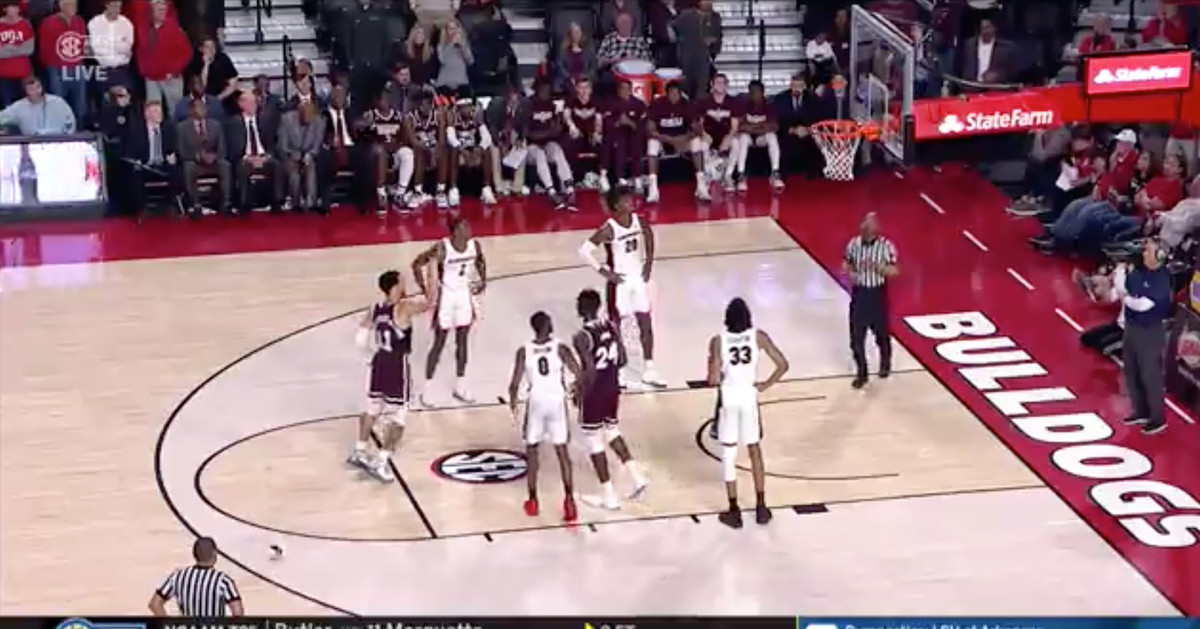 The season was a nightmare for the Georgia Bulldogs, with only one conference win in the first year of Tom Crean at school. They found Wednesday an extremely painful way to add to the misery, losing in the last second against the state of Mississippi in the most bizarre way possible.

Georgia was already in a desperate situation, with a draw tied and only 0.5 seconds behind, and an imperfect pass against Quinndary Weatherspoon at the finish line for Mississippi State. After Weatherspoon missed the first free throw, which should have been a temporary respite for the Bulldogs became a nightmare, as a fan threw what appeared to be a stuffed animal on the ground at Weatherspoon.

This prompted Crean to address the crowd via the PA system, telling Georgia fans, "Stay with us. Do not throw anything on the ground. "

Tom Crean with a more direct way to handle a situation of fans in Georgia. Grab the PA mic after someone has thrown a stuffed animal on the ground during a crucial moment of the party.
"Stay with us, do not throw anything on the ground." pic.twitter.com/W7cEWL4kc3

The result of the act was a technical foul against Georgia, the home team. Weatherspoon already had another free throw anyway, but the technique gave him another one. He made the technical free kick before the shot and missed his second free throw of the last second.

Georgia got the best it could have hoped for with two missed free throws that should have put the game in overtime, but instead, the technical free throw allowed Mississippi State to win.