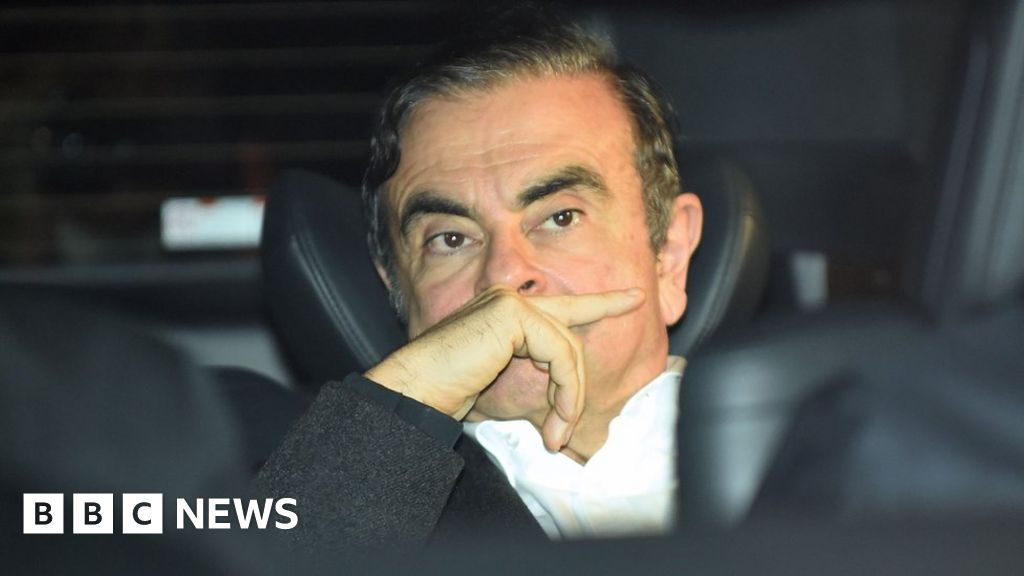 The former Nissan chief, Carlos Ghosn, was arrested again in Tokyo while he was on bail while awaiting trial for charges of financial misconduct.

Prosecutors said the 65-year-old was arrested on suspicion that he caused Nissan $ 5 million in losses, reports said.

In a statement, Ghosn said his new arrest was "scandalous and arbitrary".

The boss of the auto, who denies any wrongdoing, was recently released on bail after 108 days in detention.

Tokyo prosecutors entered Ghosn's residence before 6:00 am (local time) on Thursday and took him to their office because they suspected they had misappropriated Nissan funds for their personal use, reported Japanese broadcaster NHK .

NHK said it was unusual for a person released on bail in Japan to be arrested again.

They suspect that Mr. Ghosn used $ 5 million of this amount for his personal expenses.

Local media had previously said the authorities were preparing a new case against him involving payments to a dealer in Oman.

"I am innocent of baseless accusations and charges against me," Ghosn said in a statement issued by his representatives.

He said the arrest was "part of another attempt by some people at Nissan to silence me by misleading prosecutors".

This move is the last turning point in a case that has caught the attention of the whole world.

Mr Ghosn was the alliance architect between Nissan and the French car manufacturer Renault. He brought Mitsubishi in 2016.

The 65-year-old has been credited with a reversal of the fate of Nissan and Renault over several years.

Mr. Ghosn was arrested for the first time in November for underestimating his salary. He was arrested again twice in December and faces three charges.

He was first charged with under-reporting his pay package for the next five years in 2015.

In January, new charges were brought against him, claiming that he had underestimated compensation for three more years and that he had also been charged with a new, more serious charge. breach of trust.

Mr. Ghosn denies any wrongdoing. He was released on bail of $ 9 million in March.

The auto executive also said Wednesday on a new Twitter account that it was planning a press conference on April 11 "to tell the truth about what's going on".

The latest arrest came after Renault publicly criticized its former star leader for the first time, accusing him of "dubious and covert practices".

Ghosn resigned only from the French automaker in January, while Nissan and Mitsubishi removed him from his position as president shortly after his arrest.

Renault had initially questioned Nissan's allegations, but had conducted its own internal investigation.

On Wednesday however, Mr Ghosn was under pressure when he accused him of "violations of the group's ethical principles".

The automaker said it would end Mr Ghosn's pension, estimated at € 765,000 a year, stating that he reserved the right to bring an action against him in front of them. courts.