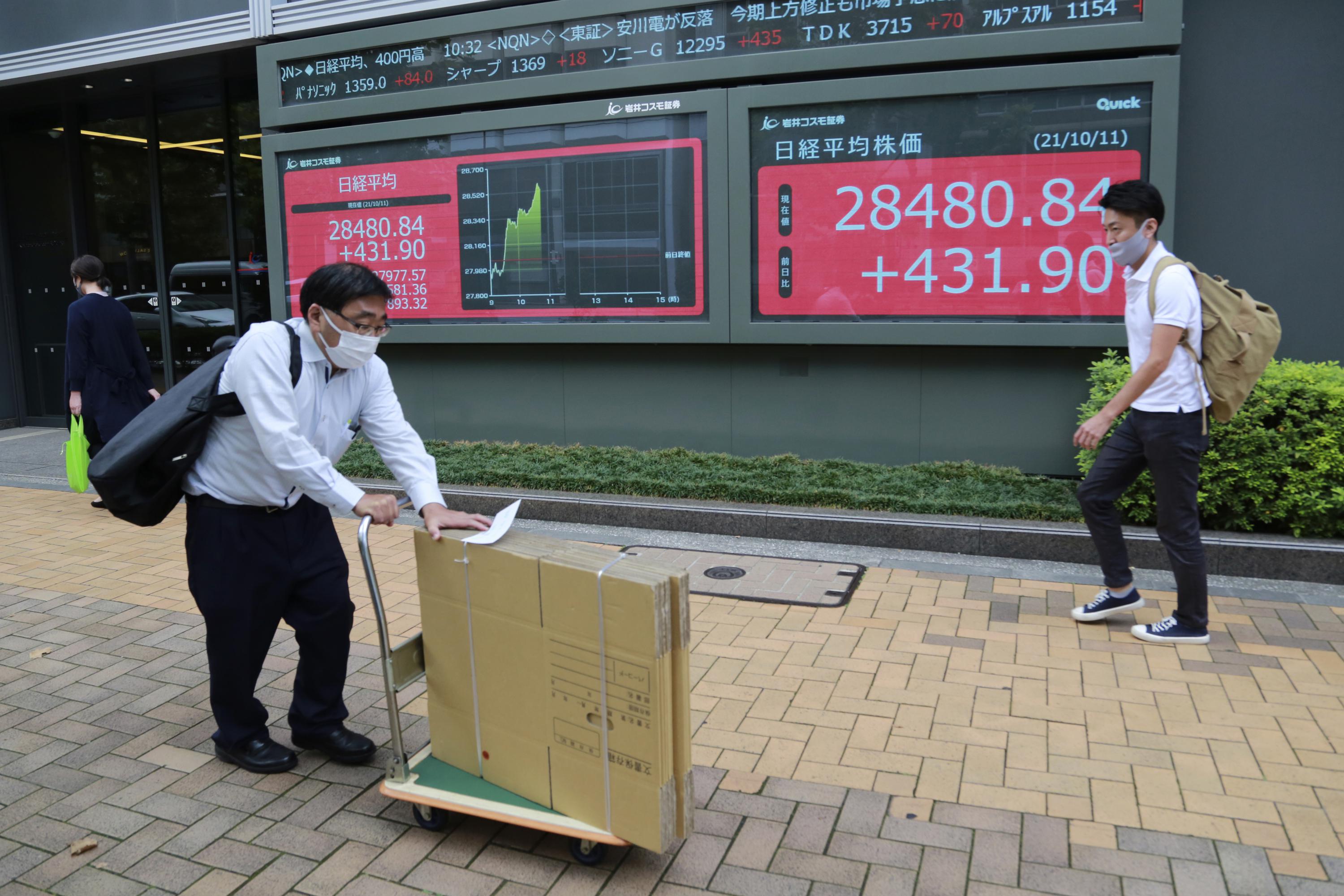 Shares fell in Paris, Frankfurt and Sydney but rose in Tokyo and London. Shanghai was flat.

Growing demand has been hampered, among other factors, by supply and shipping constraints, driving energy prices up sharply and causing blackouts in China and some other major economies.

The release of weaker-than-expected US employment figures pushed stock prices down on Wall Street on Friday. The jobs report showed employers added just 194,000 jobs last month, well below the 479,000 economists had expected.

The unemployment rate fell to 4.8% from 5.1%, and the government has revised upward the hiring figures of recent months. But last month’s hires were still the lowest since December 2020. Average wages also rose a little faster than expected compared to August, helping workers but adding to concerns about inflation.

On Monday, in Asian exchanges, the benchmark Tokyo Nikkei 225 jumped 1.6% to close at 28,498.20 after new Japanese Prime Minister Fumio Kishida withdrew from comments suggesting he was in favor of increasing taxes on capital gains and dividends. The possibility of such an increase had scared investors after he took office on October 4.

Reviving the world’s third largest economy remains an important mission for Kishida, but he is widely seen as the choice of the old guard of the ruling Liberal Democratic Party, which has dominated politics since World War II. Some critics say change is needed if the nation is to remain competitive, especially when the pandemic has created new kinds of problems, ranging from changes in work styles to supply shortages.

The rally in Japan could be short-lived. Like Europe, Asia is experiencing fuel shortages that could hamper recovery from the pandemic.

The energy crisis also continues, with India and China both reporting power outages that will affect supply chains from another angle, and China is witnessing massive flooding in the coal-producing region on which it counts to keep the lights on, ”RaboResearch said in a market commentary.