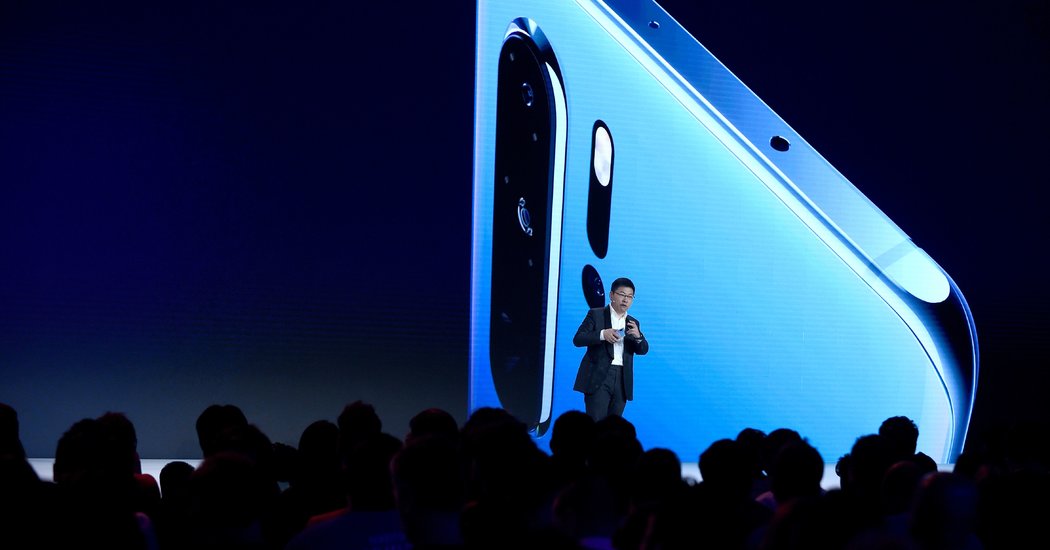 LONDON – Chinese tech giant Huawei began Monday to feel the painful repercussions of a Trump administration order banning US companies from selling components and software to the company.

Huawei said Google cut access to support for many Android software and hardware services. In response to last week's announcement in Washington, the move could block Huawei, the world's second largest smartphone maker, if it ultimately limited access to the latest versions of popular Google services, such as and Gmail.

Google said its services would continue to run on existing Huawei devices. "We are complying with the order and looking at the consequences," said the American company. Google's decision to halt work with Huawei has been reported for the first time by Reuters.

In isolating Huawei, the Trump administration aggravates a trade dispute with Beijing and harms a company that US authorities have long accused of posing a risk to national security – accusations that Huawei vehemently denied. After struggling to convince allies such as Britain and Germany to block the use of Huawei's telecommunications equipment, the Trump administration is now undermining Huawei's activities by denying it access to key US suppliers , including chip makers.

By complying with At the command of the Commerce Department, Google undermines the links with a large and growing partner. Huawei's sales in the first quarter of 2019 increased by 50 percent over the same period last year, even as the smartphone market stagnated, according to market research firm IDC.

While Huawei products were effectively stuck in the United States for years, the company's business expanded rapidly in Africa, Asia, and Europe, where its affordable prices were adopted by consumers and telephone operators. use its antennas, base stations and other equipment. make wireless networks.

President Trump last week banned US telecommunications companies from installing equipment manufactured abroad that could pose a threat to national security. The order instructed Secretary of Commerce Wilbur Ross to stop "unacceptable risk" transactions. Although it does not name any company, name of the order, it was generally thought that this order was directed at Huawei and other companies in the Chinese technology sector.

On the same day, the Commerce Department added Huawei to a list of companies considered to pose a risk to national security, effectively preventing it from buying US parts and technologies without the risk. special authorization from Washington. Since then, chip makers, including Infineon, Intel and Qualcomm, have been asking employees to stop working with Huawei until further notice, according to Bloomberg and other media outlets. Intel declined to comment, while Qualcomm and Infineon did not immediately respond to requests for comment.

On Monday, Qualcomm and Infineon shares traded about 5% less; Intel was down more than 1%.

Huawei has not yet announced how it would react to the order of the Trump administration, but the Chinese government on Monday suggested a court challenge. Lu Kang, spokesman for the Foreign Ministry, said: "China encourages Chinese companies to acquire legal weapons to defend their own legitimate rights," Lu Kang said on the phone.

In a statement, Huawei said, "We have made a substantial contribution to the development and growth of Android worldwide. As a key global partner of Android, we worked closely with their open source platform to develop an ecosystem that benefits both users and industry. "

The US campaign against Huawei comes as countries around the world prepare to build next-generation wireless networks, called 5Gs, which should not only provide faster cellular service, but also connect new devices such as equipment cars to internet.

The Trump administration has urged its allies, including Britain and Germany, to prohibit Huawei from providing equipment for the new high-speed networks, although countries have indicated that it is unlikely that they will completely ban the company.