Google updates the Opinion Rewards app with a new material 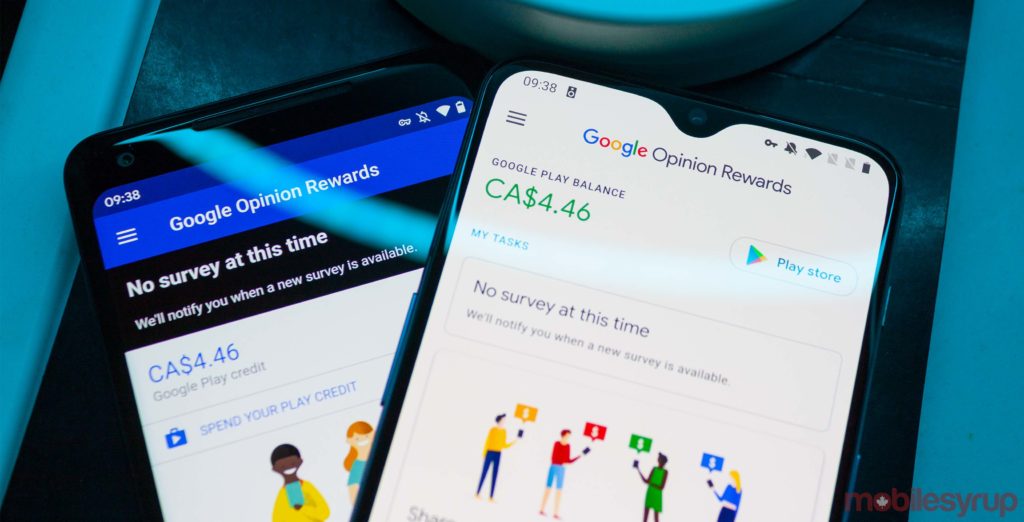 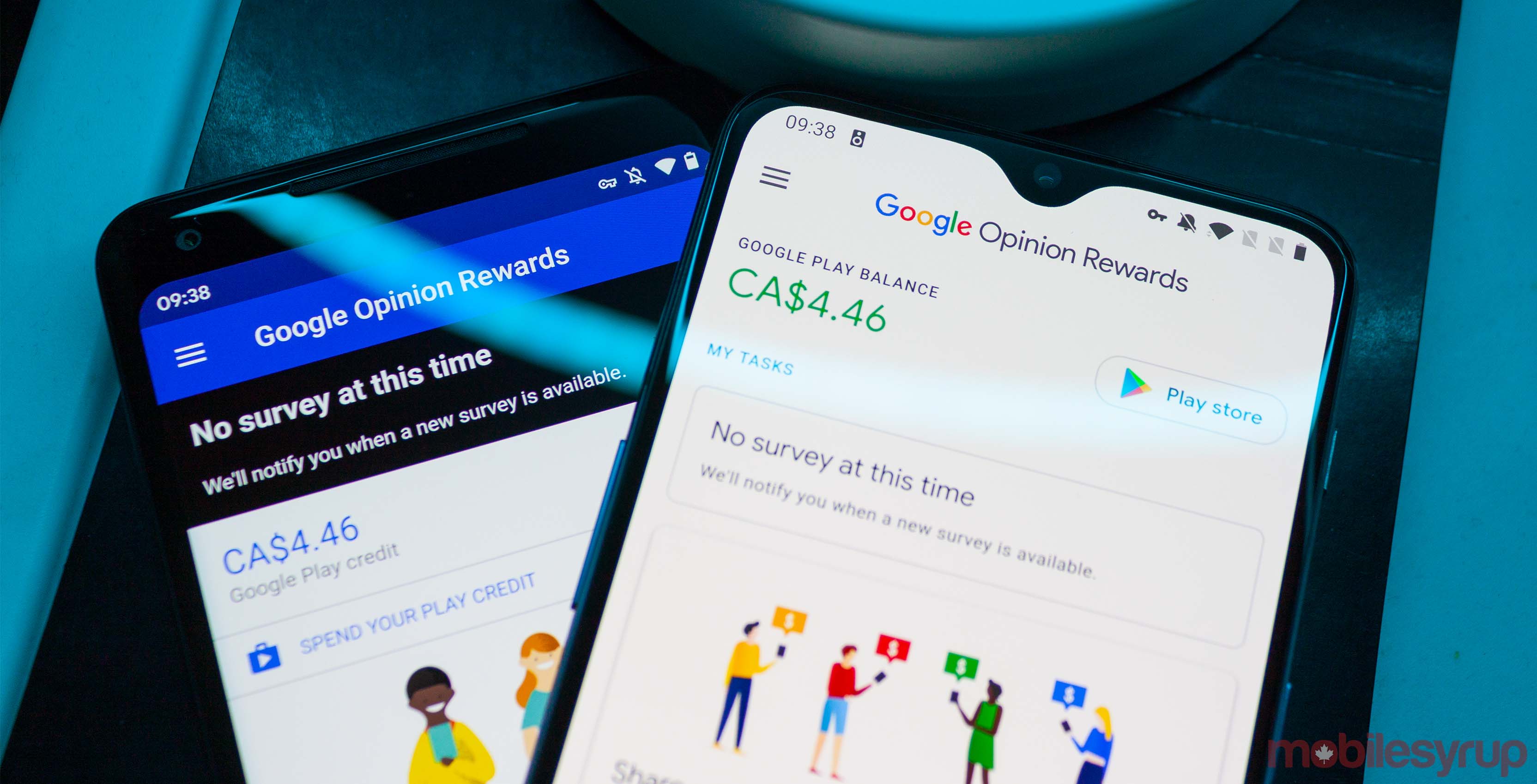 Google's Opinion Rewards app is the latest to get a fresh update on materials design.

The application, which asks users to complete various surveys in exchange for a small amount of Play Store credit, now displays an all-white appearance with colored keys. In addition, the app now has the Google Product Sans font, which gives the whole impression of Google.

The difference in style is frankly striking. The large blue bar at the top of the screen has disappeared and Google has highlighted an important text in color, a very important part of Google's new material design.

In addition to changing the appearance of the application, Google has a little rearranged the main page.

Your credit balance is now at the top of the app, just below the app title and hamburger menu. Beside the credit balance is a rounded button that refers to the Play Store – even if it looks like someone forgot to capitalize the 'store' in Play Store. 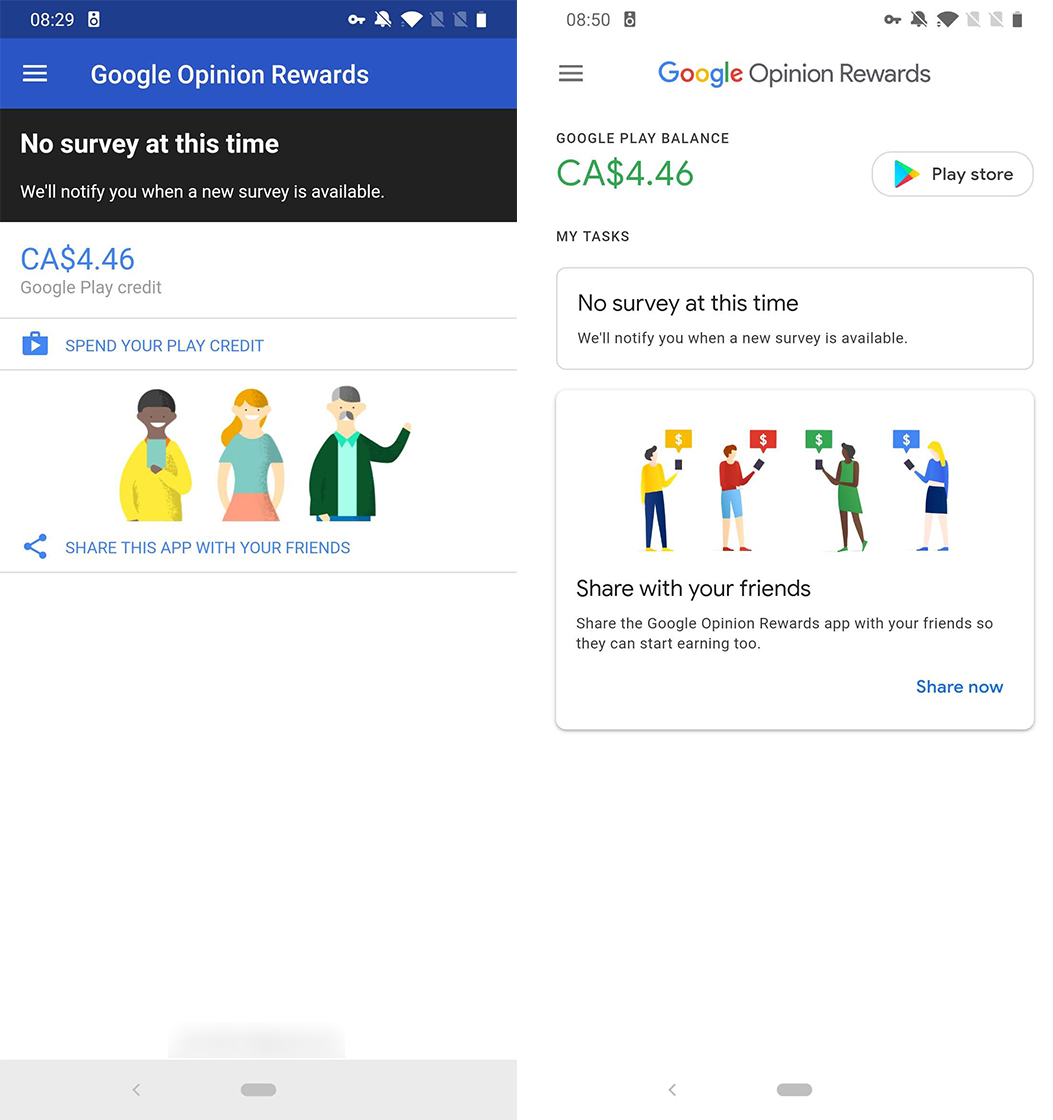 Below the credit balance is a new "My Tasks" section with a link to the surveys to complete and a sharing option to invite friends to Opinion Rewards.

The Reward History page looks almost identical, except for the loss of the blue title bar. At least in my case, the number of surveys and total earnings have already been used by Products Sans. 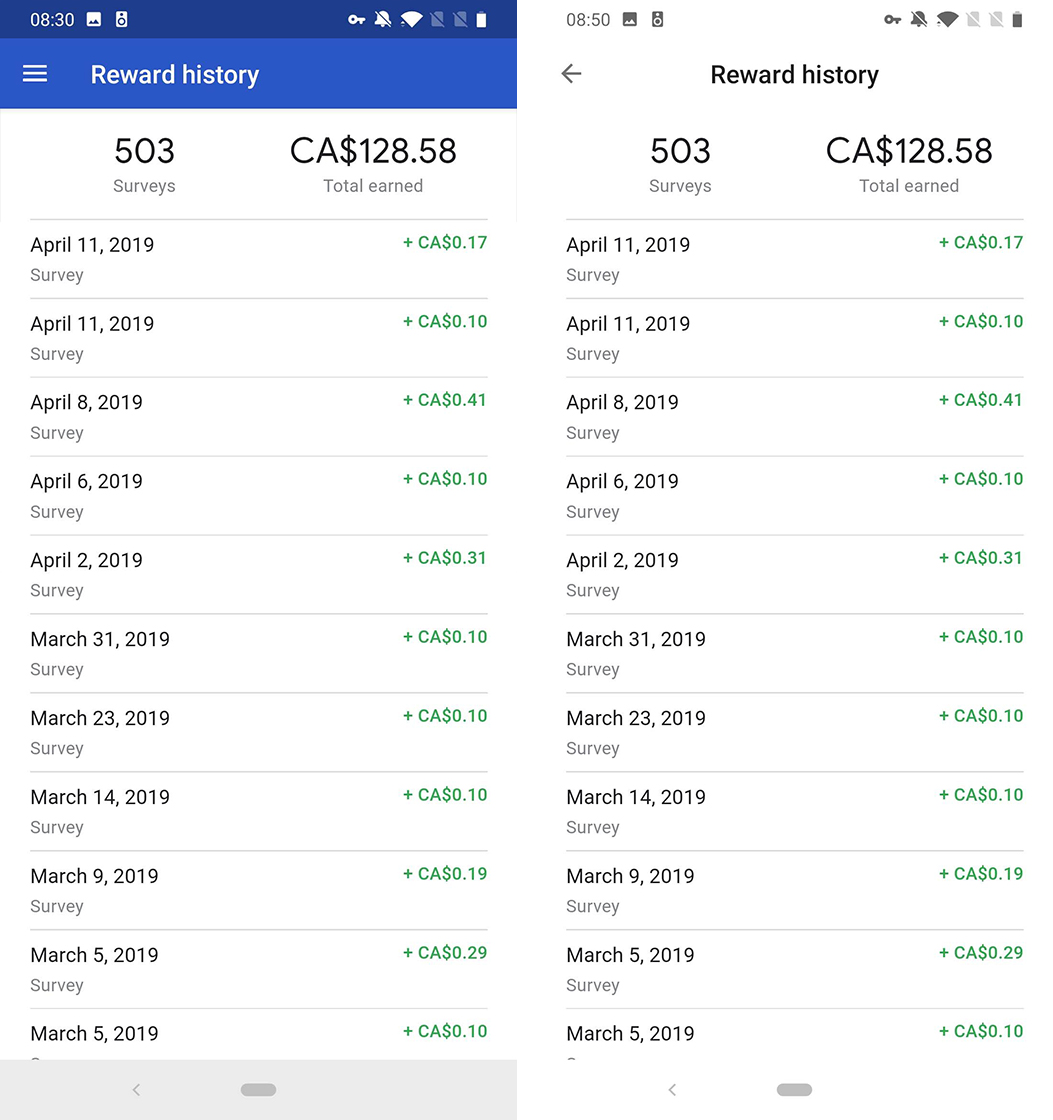 The visual update is part of the 201904084 Rewards rating, which is being rolled out on the Play Store. It's not yet available to everyone, so you need to be patient unless you're used to installing apps outside of the Play Store. I would not recommend it if you are not sure what you are doing, though.

If you do not have the Opinion Rewards app, it's free to download from the Play Store, and I highly recommend it. It's basically free money, so I'll download it.