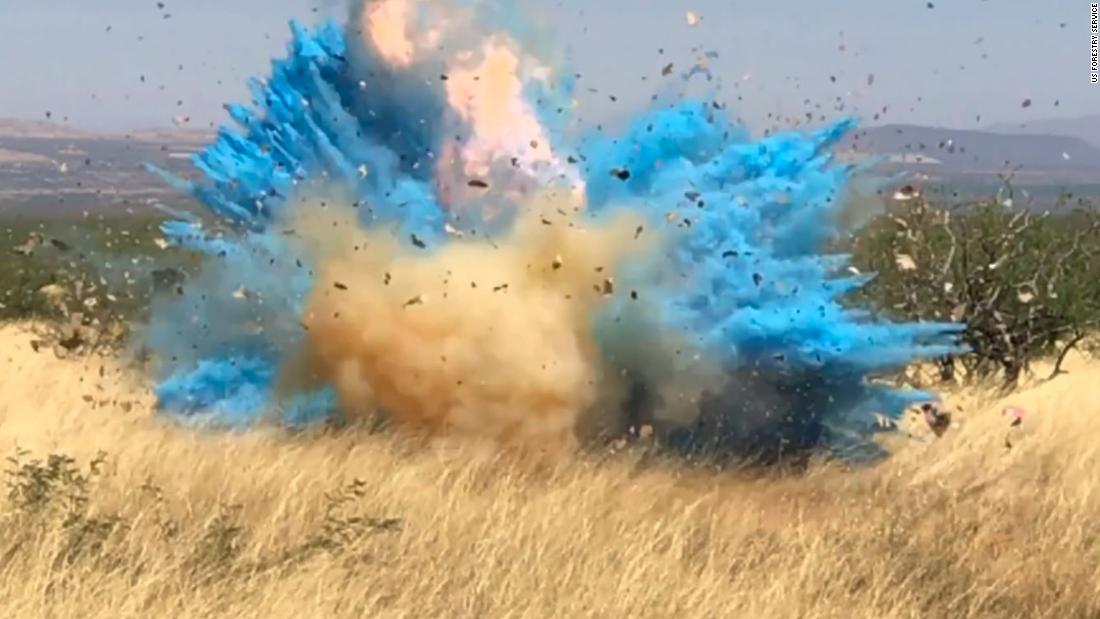 Shot on April 23, 2017, the clip shows a makeshift target with the words "Boy" and "Girl" on it, set in the middle of the desert near Green Valley, Arizona, south of Tucson.

Seconds later, we hear a shot and the target explodes, revealing a blue cloud and immediately igniting the surrounding brush. Someone yells: "Start packing!"

The flames spread into the nearby Coronado National Forest, where they became fire from the sawmill and burned 46,991 acres owned by the State of Arizona, federal agencies, and local authorities. private owners. Firefighters from at least 20 agencies fought on fire for about a week, according to CNN affiliate, KGUN-TV.
The officer who fired at the target, US Border Patrol Officer Dennis Dickey, pleaded guilty last September for violating the US Forest Service Rules and was sentenced to five years probation. He was also ordered to pay $ 8,188,069 in compensation, starting with an initial payment of $ 100,000 and monthly payments thereafter.

The 37-year-old dad had charged the target with a highly explosive substance called tannerite and fired it with a high-powered rifle, according to the US Attorney's Office. The target was supposed to explode in pink or blue to reveal to the participants if Dickey and his wife were waiting for a boy or a girl.

According to KGUN, Dickey immediately reported the fire to the police, cooperated with the investigation and admitted that he had set off the fire. He also repeatedly told the judge that the fire was "a complete accident".

CNN contacted Dickey's lawyer, Sean Chapman, but did not get an answer.

As part of its advocacy agreement, Dickey will make a public service announcement with the Forest Service on the cause of the forest fire.

According to KGUN, the Dickeys did not specify whether the child was a boy or a girl. But the blue puffs during the target explosion could be a clue.

Amir Vera of CNN contributed to this report.