GRAPHIC VIDEO: Jusuf Nurkic of the Blazers is seriously injured in the leg 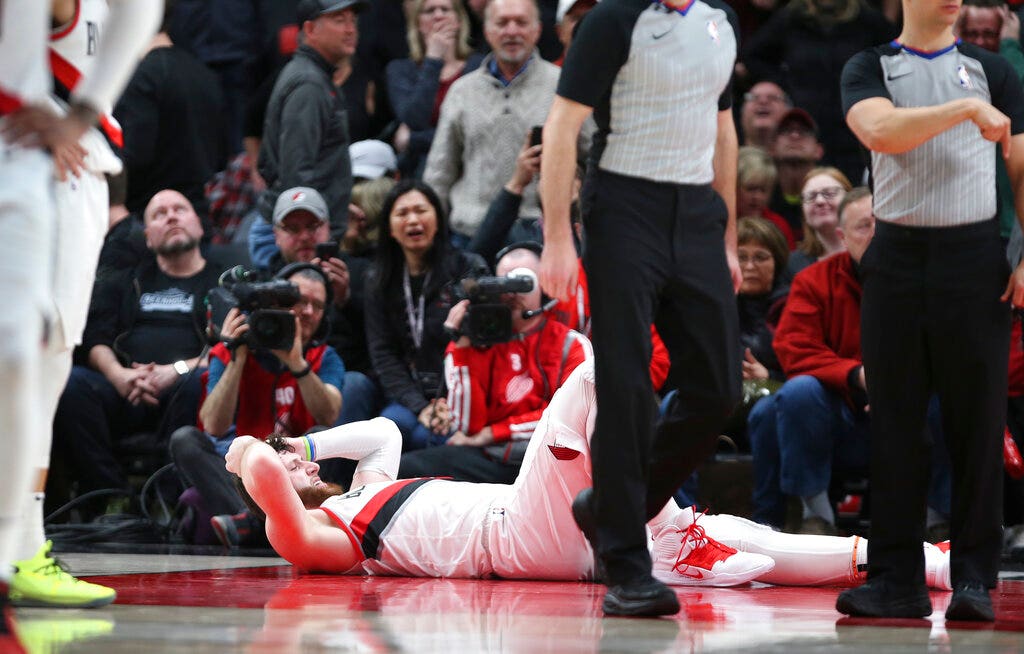 Jusuf Nurkic, the Portland Trail Blazers' center, was injured in the leg during the second overtime Monday against the Brooklyn Nets.

Nurkic had 32 points and 16 rebounds before the injury. The video of the incident shows players away horribly after Nurkic bent his leg awkwardly as he was fighting for an offensive rebound.

THE GREATEST SPORTS INJURIES OF 2018: BAD BENDS AND BROKEN BONES

"It made my heart ache," Blazers goalkeeper Damian Lillard said of Nurkic's injury. "As I was walking over there, I saw everyone else turning around quickly and moving away, then I looked at him and saw his leg."

An immobilized Nurkic was subsequently released on a stretcher surrounded by members of both teams and transferred to a local hospital. There have been no other updates on his status.

The Blazers had enough games to finally beat the Nets 148-144.