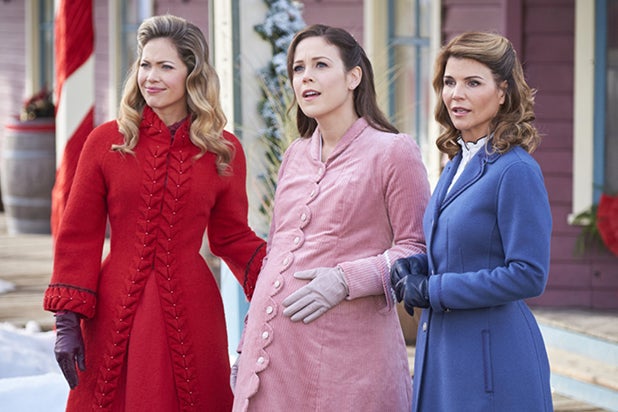 Hallmark Channel has renewed Lori Loughlin's "When Calls the Heart" series for its seventh season, its co-star Erin Krakow announced on Instagram on Saturday.

"I am delighted to announce season 7 of" When Calls the Heart ", to be held next year," Krakow said in a video.

After an interruption of a month following the fall of Loughlin following its scandal over university admissions, Hallmark announced on April 10 that the drama of the period was returning with two new episodes Sunday 5 and Monday 6 May.

Loughlin and her husband, fashion designer Mossimo Giannulli, were among dozens of parents arrested last month after federal investigators said they had paid thousands of dollars in bribes to get their kids to the best universities such as Yale, Stanford, Georgetown and USC. Loughlin has since been charged with a number of crimes, including money laundering and telegraphic fraud. They did not introduce a plea.

In a statement released last month, Crown Media, Hallmark's parent company, said it was no longer working with Loughlin and that it had "halted the development of all productions broadcast on network channels. Crown Media Family Network involving Lori Loughlin, including Garage Sale Mysteries, an independent third party. the production of parties. "

Read also: The streaming war heats up: what threat represents Disney + for Netflix?

The scenes of Loughlin in the episodes aired in May have been removed. We do not know yet if his character, Abigail Stanton, will be removed from the series or remade.