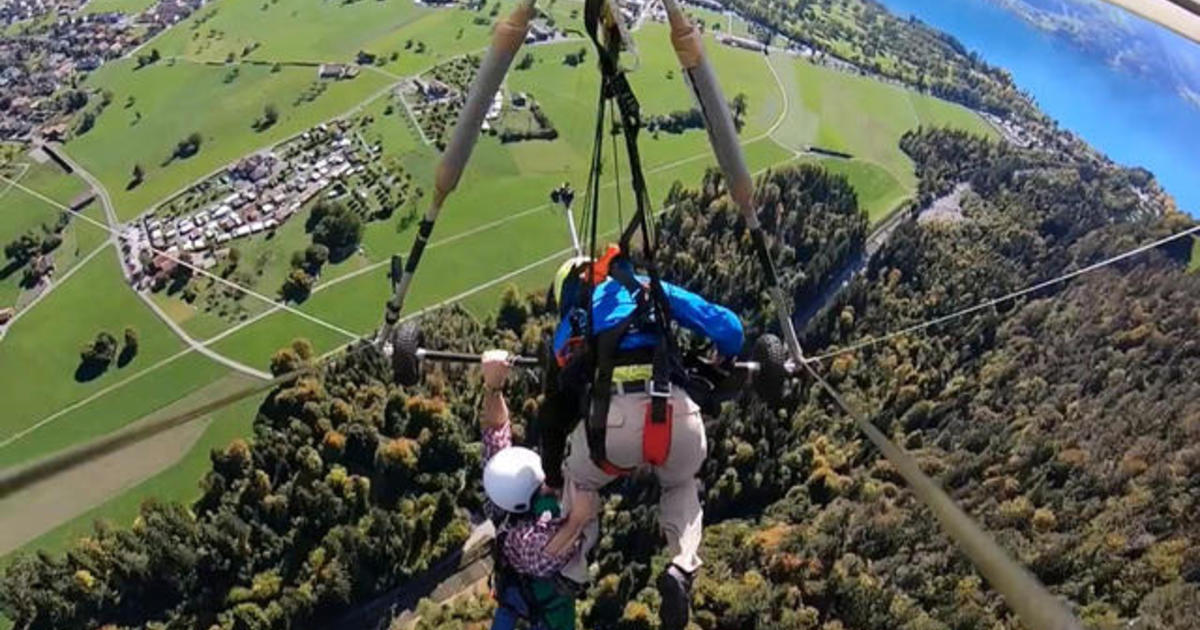 A scary video shows a tourist hanging on a hangglider in Switzerland. Chris Gursky's harness was not properly attached when a pilot and himself launched from a 4000-foot mountain embankment.

It was his first hang-gliding flight. For more than two minutes, he clings to the hang glider and flies over trees heading for a large grass landing area.

He later wrote on Facebook that he remembers looking down, thinking "this is it". Gursky said while they were approaching the landing area, his hand began to slide as he swayed in the wind.

Once his feet hit the ground, he was ripped off the landing gear. He needed surgery for a broken wrist and tore his left bicep.

Gursky had a titanium plate and seven screws installed in his arm before leaving the hospital. He finished the video with these words: "I will go gliding again because I have not been able to enjoy my first flight."