Heat 98, Knicks 88: Scenes from too many Jimmy Butler 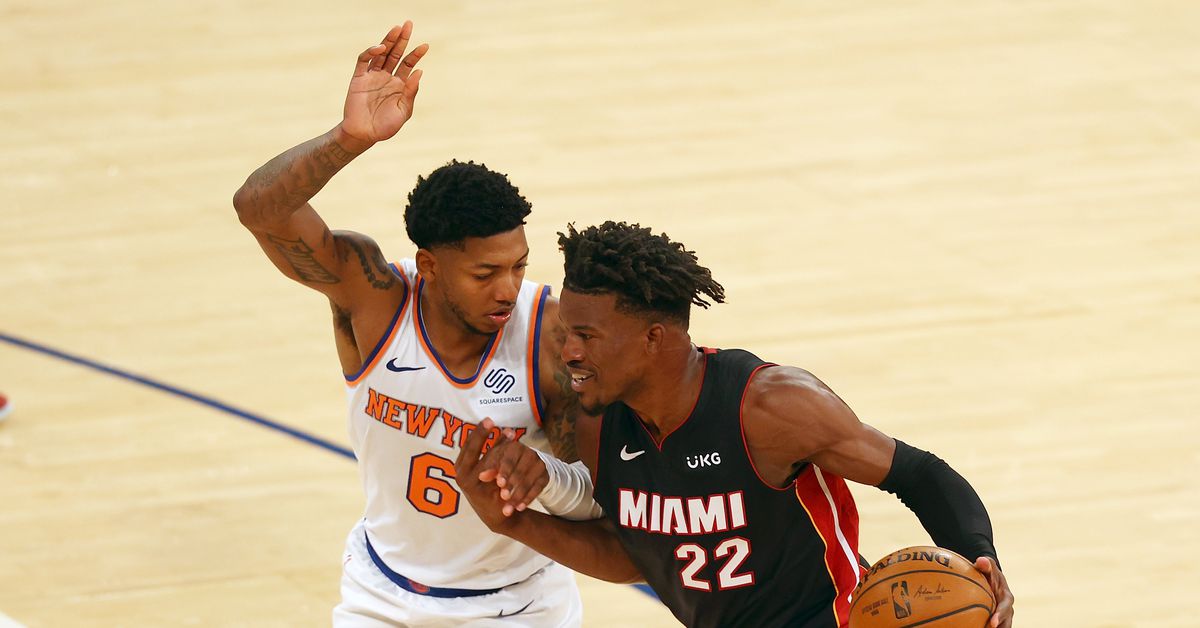 The New York Knicks are a vastly improved team from last year, of course. But when it comes to beating the elite Eastern Conference teams, they still can’t get over the hump.

Are the Miami Heat an elite team? They have a worse record than New York at the moment, but they’re also the defending conference champions. And they have Jimmy Butler.

The combination of Butler and veteran Heat moxie was enough to turn things around in the second half, as the Heat reversed the Knicks’ seven-point lead in minutes, frustrating our guys by making stupid mistakes and burying them. three points each time the game got too close. A miserable end to the third quarter left the Heat with an 11-point cushion, and that was about the game.

Julius Randle (7-17, 22 points) and especially RJ Barrett (4-12, 8 points) were not good for New York. I’ll give it to them since Randle just got injured and Barrett has been awesome recently (although his three-point shot seems to have given up on him again). They just don’t have the experience to beat a well-trained Heat team at full strength. In addition, Pat Riley is Satan.