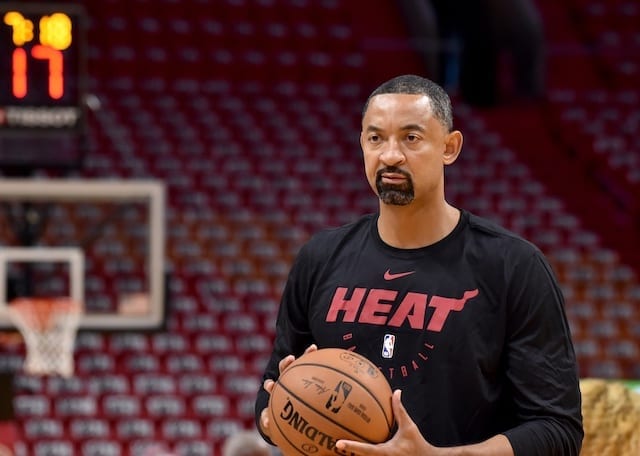 Although the Lakers should ideally hire Magic Johnson's replacement first, it seems that Pelinka has received more power during this process.

While the Lakers would be about to interview Tyronn Lue, former coach of the Cleveland Cavaliers, and Monty Williams, assistant coach of the Philadelphia 76ers, another potential candidate has emerged.

The Miami Heat gave the Lakers permission to interview assistant coach Juwan Howard, according to Ramona Shelburne from ESPN:

The Lakers have permission to speak to Juwan Howard, schedule an interview with him next week

In Howard's last three seasons in the NBA, he played with LeBron James and the Heat where he won two consecutive championships. After his career, Howard joined the coaching staff of head coach Erik Spoelstra in 2013 and has been an assistant coach ever since.

Although Howard does not have experience as a head coach, his relationship with James is an important factor. For the Lakers to succeed, James must actually be part of the team's next head coach.

With a lot of uncertainty around the Lakers, it will be interesting to see how the owner, Jeanie Buss, manages the situation. As they are known for hiring family and friends, it's possible to search for an underdog that could bring them back to the playoffs.

With positive tests, rules are changing for some players in Australia

Packers shoot down Rams, 32-18, to advance to NFC title game

Josh McDaniels of the Patriots to interview Eagles: Source