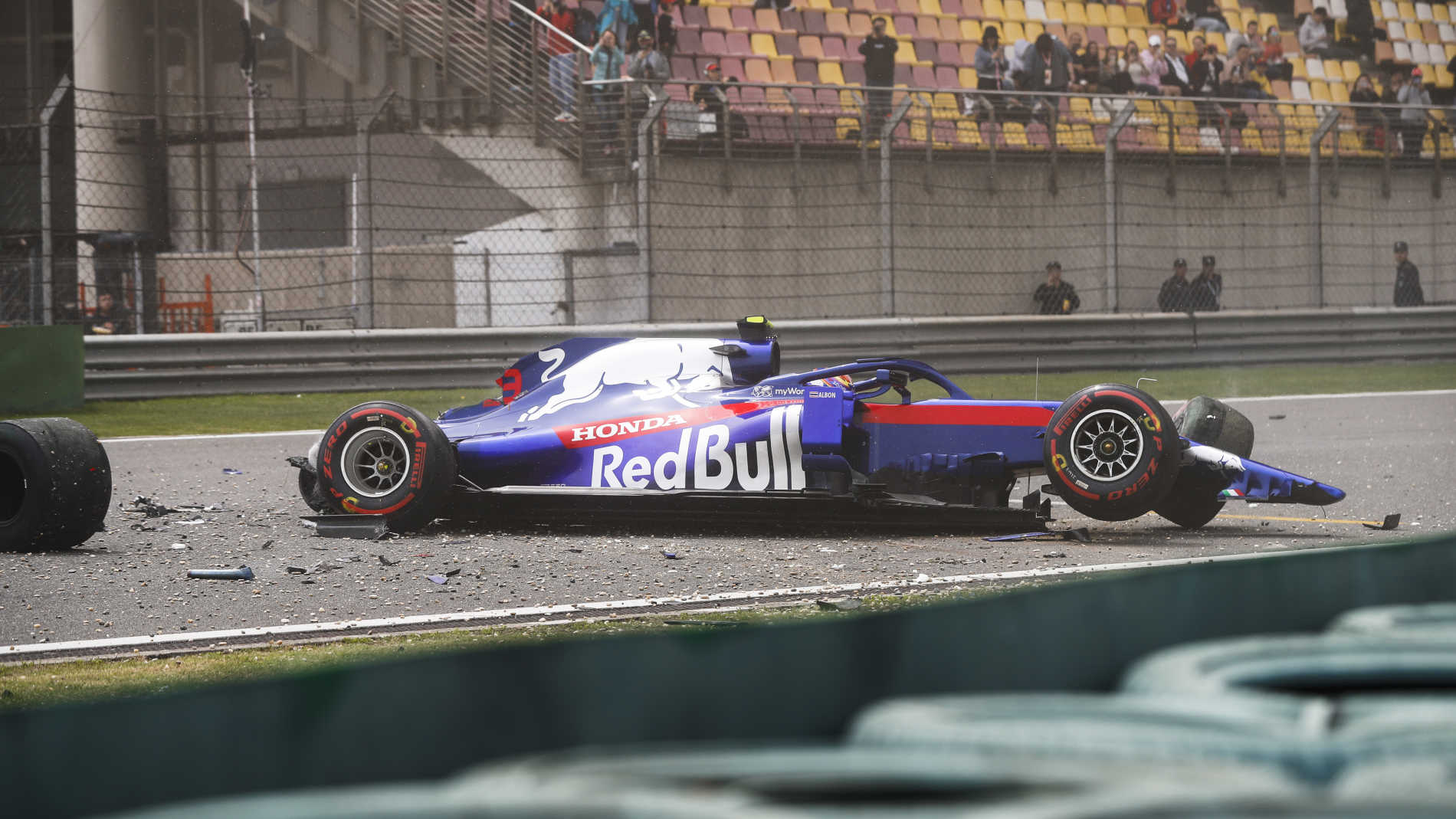 In the final free practice session before qualifying for the Chinese Grand Prix, Valtteri Bottas (Mercedes) led Sebastian Vettel's Ferrari – but the session was interrupted by a big crash by Alexander Albon (Toro Rosso), who put his STR14 in the wall. the right pit.

Bottas enjoyed a healthy margin of about four-tenths of a second on both Ferrari's Vettel and Charles Leclerc, while he had five free practice minutes remaining 3 when Albon was running full time at the last corner. Thai driver Toro Rosso wavered on the astro grass before sending it at full speed at a worrying speed on the track barrier.

Albon was soon out of the car and was out walking, but the STR14 seemed long to be rebuilt in time for qualifying. It's a shame because he and his team-mate Daniil Kvyat showed a steady pace, finishing the session in ninth and tenth respectively.

Behind Bottas and the two Ferraris, Lewis Hamilton failed to make a good lap to finish fourth, while Nico Hulkenberg was once again impressive for Renault to switch to P5 – as it was in FP2 – ahead of impressionable Kimi Raikkonen, sixth for Alfa Romeo.

Max Verstappen is hoping to get better performances in qualifying than those of FP3, finishing P7 and 1.6 seconds – although he was comfortably away from Pierre Gasly, 15th, although the Frenchman did not get the better of him. did not deign to use soft tires – while former Verstappen teammate, Toro Rosso, Carlos Sainz, was eighth for McLaren.

Further down the line, Haas was found at the end of the match, although the US team was not able to reveal his pace on soft tires because of the fall of Albon. There could therefore be more in the box of Romain Grosjean, who enlisted P17 and Kevin Magnussen, who was P18, in qualifying.

They finished in front of George Russell's two Williams cars and Robert Kubica, the team reinforced in the garage by the presence of Patrick Head, the legendary Williams engineer, who now acts as a consultant for the team.

Aaron Rodgers adds another twist to the sudden Packers drama

Rob Manfred, Chipper Jones among those to speak at Hank Aaron’s memorial service